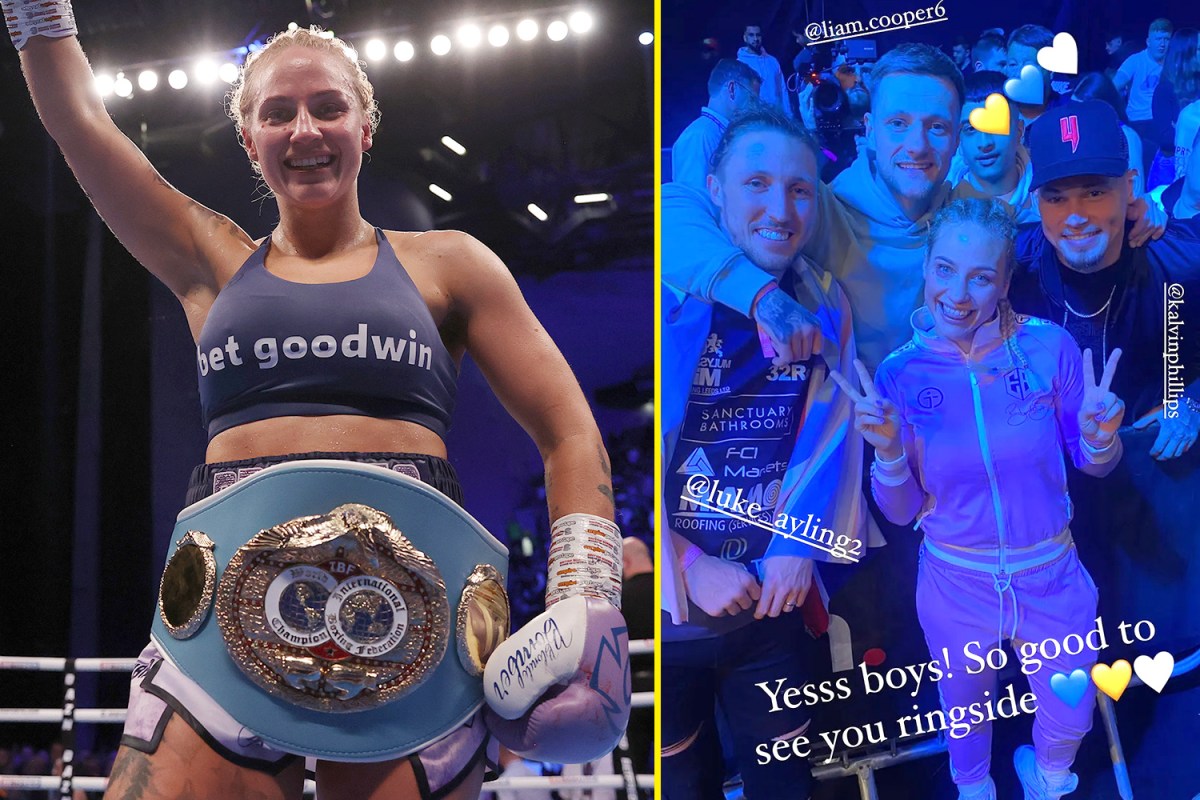 The Australian won the belt at the second attempt as she overcame Argentina’s Maria Cecilia Roman on points.

It was far from an easy contest for Bridges though, as the 39-year-old Argentine started well in the first three rounds, and looked strong in the fifth.

But after that, Bridges – a former bodybuilder who also works as a school teacher in Sydney – took control.

And whilst she was running out of steam in the tenth and final round, the Aussie dug deep to win the round, which proved to be a big factor in helping her win the fight.

And after the referee raised her hand at the end, she duly celebrated, and later caught up with the three Leeds footballers.

Club captain Cooper and vice-skipper Ayling were both in attendance as was one of the team’s star players in Phillips.

After her victory, Bridges met the players and took a picture with them.

The picture, which was uploaded on her Instagram account, was captioned: “Yesss boys! So good to see you ringside”.

Prior to meeting with the players, in the moments after the victory, ‘Blonde Bomber’ wanted to silence her critics, even if in rather fruitful manner.

“They’re the fights that, I know they’re not the fights you’re supposed to really have, but I love those kind of fights. They’re entertaining for the fans,” she said.

Bridges’ promoter, Eddie Hearn, heaped huge praise on her after the fight.

“There’s a lot of people who felt that when Ebanie Bridges came into this sport it was just a gimmick,” the Matchroom chief said.

“Still so overwhelmed by everything but there is no words that will suffice for the gratitude I have for @tibbsboxinglondonw1ltd thank you for EVERYTHING.

“I wouldn’t be here without @bionic_bull215 and @ko_ndnbxr who have been there in my corner since the beginning we have been thru so much together so happy we did this together. Love you guys.