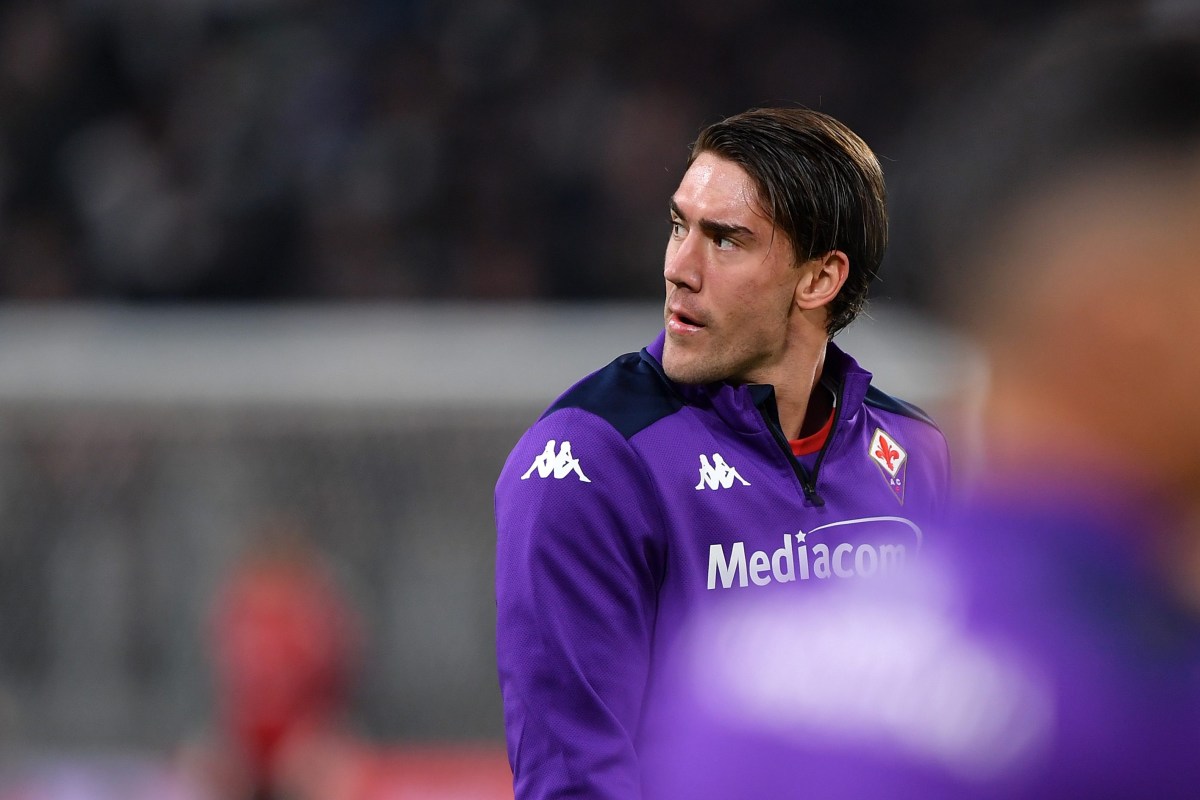 Vlahovic has been the subject of intense transfer interest from the likes of Arsenal and Tottenham, but Italian giants Juventus appear to have won the race.

The 21-year-old is set to move to Turin for a deal worth €75million (£62.7m) with reports claiming Vlahovic was holding out for Juventus, and his agents even dismissed concrete offers from Arsenal to get the deal done.

Unlike the majority of footballing rivalries that are based on geographical proximity and or a history of competitive encounters, Fiorentina’s hate for Juve comes from the transfer market.

Florence’s greatest ever talent, Roberto Baggio, was snatched by Juve in the middle of the night in 1990, hidden in the back of a taxi, which led to riots which injured 50 in Tuscany.

Deals for Federico Bernardeschi and Federico Chiesa have caused similar anger, and Vlahovic will now risk the wrath of a purple storm.

Local police have started a ‘dynamic surveillance’ of the Serbs’ house according to reports in Italy, with a banner placed outside reading, ‘Your guards won’t save your life. Gypsy, it’s over for you!’

Vlahovic’s 17 goals in 21 games have fired Fiorentina to an unlikely charge for European football, sitting six points off of Juventus in the Serie A table.

The Old Lady are still reeling from the departure of Cristiano Ronaldo, having failed to replace his goal-scoring following his summer move to Manchester United.

In 2021 Vlahovic scored 33 goals, matching a league record set by Ronaldo, showing he may well end up being the signing many in Florence fear.