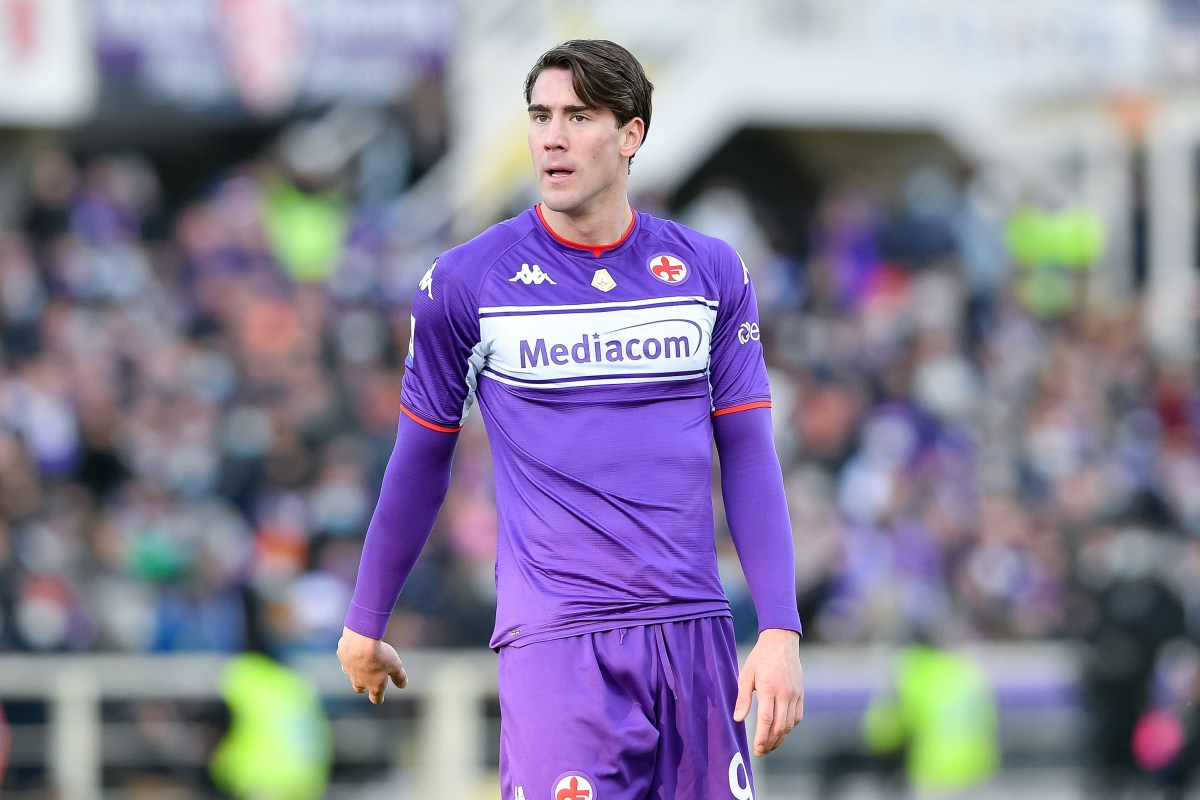 Dusan Vlahovic is reportedly now set to sign for Juventus in a transfer which will come as a blow to Arsenal.

The Gunners were understood to be trying to seal a deal for the Fiorentina hotshot before Champions League regulars started making their offers, though it seems that opportunity has passed.

According to Fabrizio Romano, Vlahovic to Juventus is now a ‘done deal’.

The transfer fee is reported to be €75million (£62.5million) with add-ons included.

And it’s claimed the 21-year-old will earn a €7million (£5.8million) net salary per season on a long-term contract.

He is set to arrive in Turin on Friday to undergo his medical.

The Serbia striker has attracted Erling Haaland-like attention with his incredible scoring in the Italian top flight for Fiorentina.

His 33 goals in 2021 saw Vlahovic match Cristiano Ronaldo’s Serie A calendar year record, and his foot has stayed firmly on the gas into the new year, with 17 goals in 21 games for the season.

This transfer will not be without controversy.

Vlahovic’s house is already under surveillance from local police as a result of threats made from Fiorentina fans upon hearing about his planned move to Juve.

Unlike the majority of footballing rivalries that are based on geographical proximity and or a history of competitive encounters, Fiorentina’s hate for Juve comes from the transfer market.

Florence’s greatest ever talent, Roberto Baggio, was snatched by Juve in the middle of the night in 1990, hidden in the back of a taxi, which led to riots which injured 50 in Tuscany.

Deals for Federico Bernardeschi and Federico Chiesa have caused similar anger, and Vlahovic will now risk the wrath of a purple storm.

Local police have started a ‘dynamic surveillance’ of the Serbs’ house according to reports in Italy, with a banner placed outside reading, ‘Your guards won’t save your life. Gypsy, it’s over for you!’