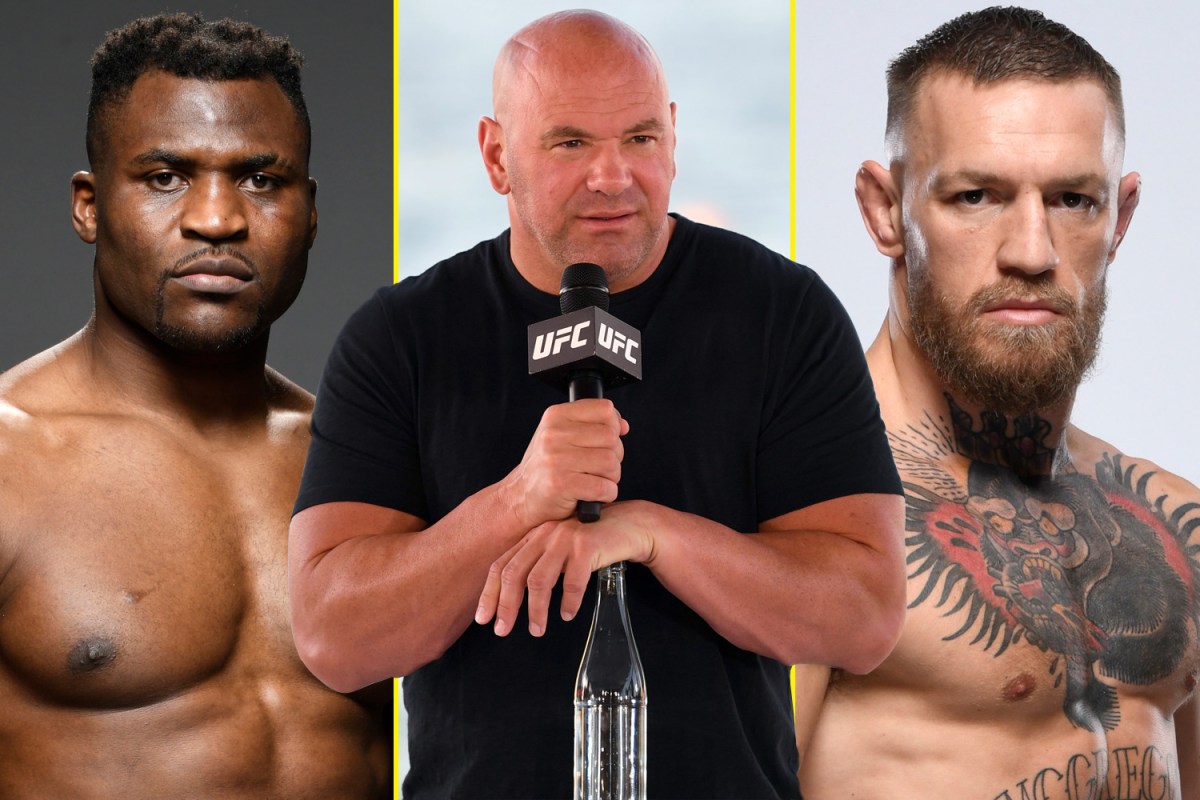 Once again, Dana White finds himself at odds with one of the mixed martial arts promotion’s top stars.

Francis Ngannou is the latest star who finds himself on the wrong side of the UFC president, but history tells us White is usually not the one to break.

Only Jorge Masvidal has managed to get the record payday from his boss because the UFC matchmaker had no other options when he needed someone to step into the main event days before UFC 251 in 2020.

But, there are several instances of top stars trying to get the better of White and mostly, to no avail.

Here are the most notable differences…

Jon ‘Bones’ Jones is widely regarded as the greatest fighter in UFC history.

He has a record of 26-1-1 with the two ones coming via a disqualification that White himself tried overturning and a no contest after a failed drug test overturned his second victory over Daniel Cormier.

One could understand that Jones feels well within his rights to be paid like the top star that he is.

After more than a decade of ruling over the light-heavyweight division, he decided to make the step up to heavyweight.

The fight everyone wanted to see was Jones versus Ngannou, but White said that Jones wanted ‘Deontay Wilder money’ to make it happen, which is believed to be around the $20 million he made to face Tyson Fury last time out.

White has shown no signs of conceding any ground in this debate and Jones, now 34, has been sitting on the sidelines for nearly two years as a result.

The Irishman may well be UFC’s golden boy and he certainly gets special treatment thanks to his spectacular box office credentials.

But those luxuries only extend so far for McGregor.

Lest we forget, the Irishman has retired from the UFC on three occasions.

The Notorious normally pulls out the retirement card when he isn’t getting what he wanted. In 2020, it was because, despite COVID, UFC wouldn’t give him the fights he wanted.

However, before that, the company’s first-ever double champion walked away from the sport because UFC wouldn’t let him own a piece of the company.

When he retired in 2019, White said: “A lot of people were speculating that it was posturing because of negotiations but we really haven’t been negotiating that hard.

“He sent me a text and he said ‘I feel like I should own a piece of the company,’ and I said ‘Conor, you know that’s never going to happen’.

“If you wanted to buy into the UFC right now, the valuation is pretty huge.”

McGregor has pretty much everything and remains a top player on the Forbes athlete list, but he does not own any part of the UFC.

He is back fighting but how long before he falls out with White again?

This spat is ongoing.

As mentioned above, McGregor has enjoyed plenty of special treatment as the UFC’s golden goose.

Part of that was having the company co-promote his stray into boxing when he took on Floyd Mayweather.

Ngannou would like the same benefits so he can fight Tyson Fury or another big boxing star in 2023, but the UFC are not interested in giving him that kind of freedom.

More to the point, Ngannou is the UFC’s heavyweight champion and he wants to be paid like it.

Fury made $30million for his trilogy fight with Deontay Wilder while Ngannou made a poultry-by-comparison $600,000 for his undisputed title fight with Cyril Gane at UFC 270 last weekend.

Compared to other sports, UFC pay their stars a lower percentage on their profits than other sports, but with names like Jake Paul constantly digging at White to change their ways, it’s more than likely he won’t.

And it is Paul who seems to have added fuel to the fire in the battle for supremacy here.

Ngannou said that, ahead of his fight on Saturday, his agent, Marquel Martin, told him the UFC had sent Martin an email threatening to sue him.

The UFC allege that Martin discussed Ngannou competing in boxing with Nakisa Bidarian, the business partner of Jake Paul, while under UFC contract.

“I walked into the room waiting for my manager, my coach,” Ngannou told the The MMA Hour. “They told me they just received an email from the UFC saying they’re going to sue [Martin] for talking with this guy, Nakisa. Yeah. I’m like, ‘Who is Nakisa?’”

GSP, like Jones, is one of the all-time greats in the sport.

A former two-weight world champion, St-Pierre defended the welterweight title a record nine times before he called it a day.

The UFC Hall of Famer retired after defeating Michael Bisping for the middleweight strap in late 2017 and that left a very bitter taste in White’s mouth.

White was under the impression that GSP would be fighting more than once under his new UFC deal.

The UFC boss would not have promoted the Canadian so hard or gave him such a high-profile fight if he knew he was just going to call it quits.

It wasn’t a good look for his middleweight division that GSP just turned up and became champion before strutting off again.

So when Khabib Nurmagomedov was crying out for a battle with GSP that would have made one of his late father’s dreams come true, White was not interested in giving him the spotlight once more.

Technically, St-Pierre is still under contract with UFC as a result of retiring from fighting. Because of that, White had the power to pull the plug on a deal which would have seen St-Pierre box longtime White rival Oscar De La Hoya.

Petty? Probably. But White has shown time and time again no man is bigger than the UFC.