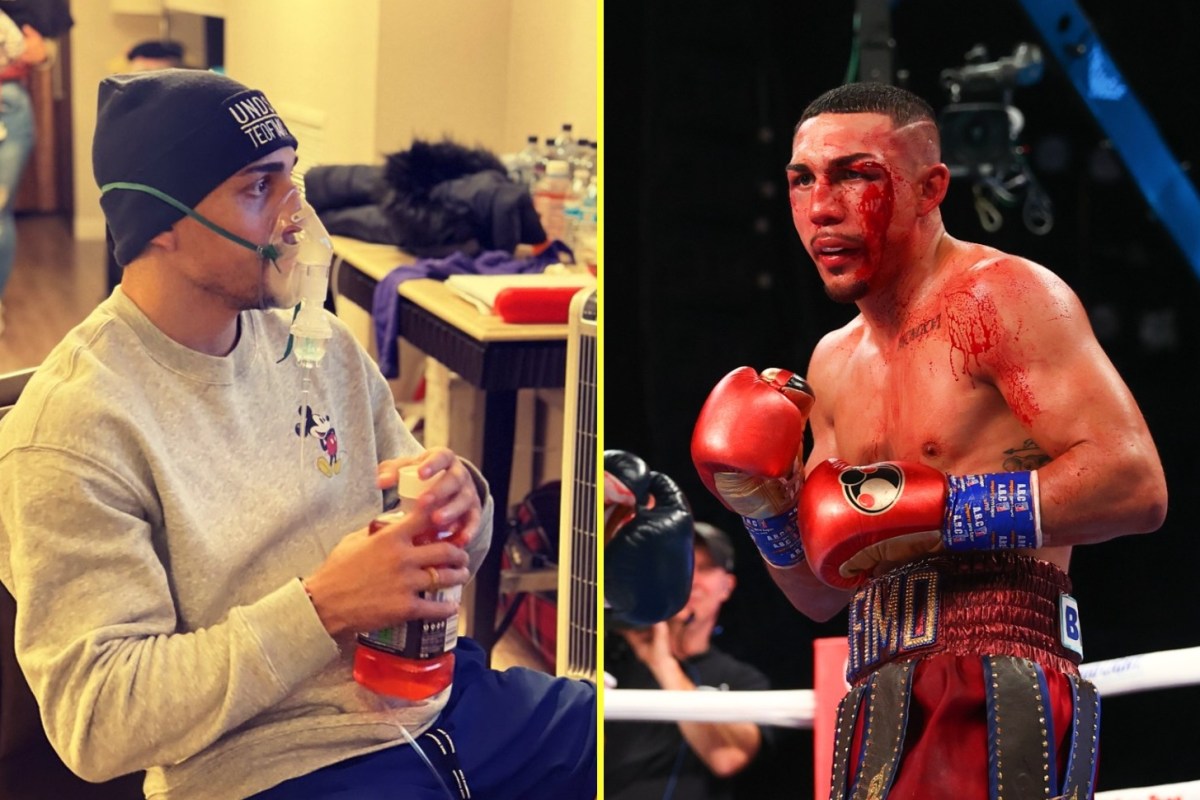 Teofimo Lopez ‘could have died’ during his fight with George Kambosos Jr after contracting pneumomediastinum – a condition which could have caused his lung to collapse in the ring.

The lightweight relinquished his world titles to the Australian as he suffered a surprise loss at the hands of the judges, getting dropped in the very first round.

Lopez was markedly different from the fighter who outfought Vasyl Lomachenko in October last year with critics suggested it was just overconfidence or complacency.

Yet the leading physicians and doctors who examined ‘The Takeover’ in the ensuing week after the fight have confirmed just how serious his condition was.

“He could have died, for sure,” Dr. Linda Dahl told ESPN, an otolaryngologist (ENT) with surgical privileges at three prestigious Manhattan hospitals.

“How he breathed, I can’t even explain to you. It’s like somebody tied a 300-pound set of weights around his chest, like his neck and chest were in a vice.

The 24-year-old contracted COVID in June and has suffered with asthma since he was six, with doctors determining he should go to hospital immediately after the fight and he was given oxygen.

By 4.37am in New York, a CT scan determined Lopez had ‘extensive air’ in his neck cavities.

According to the report, the issues flared up after he had rehydrated at the restaurant Carmine’s where his chest became tight, his breathing became laboured and his neck began to swell.

Despite his father, Teofimo Sr, insisting he should go to hospital, Lopez feared the fight would be cancelled and he fought on regardless.

“The air was surrounding his chest wall and his heart and his neck -places where air is not supposed to be,” said Dahl, who worked as a ringside physician for the New York State Athletic Commission.

“If he was hit in the neck or the chest — a certain way, in a certain place- he could have developed a pneumothorax [collapsed lung].

“He would have instantly been down and unable to breathe and needing a chest tube.”

“I looked at the scan when I saw him Monday morning,” Dahl concluded. “I just said, ‘Thank God you’re alive.’”