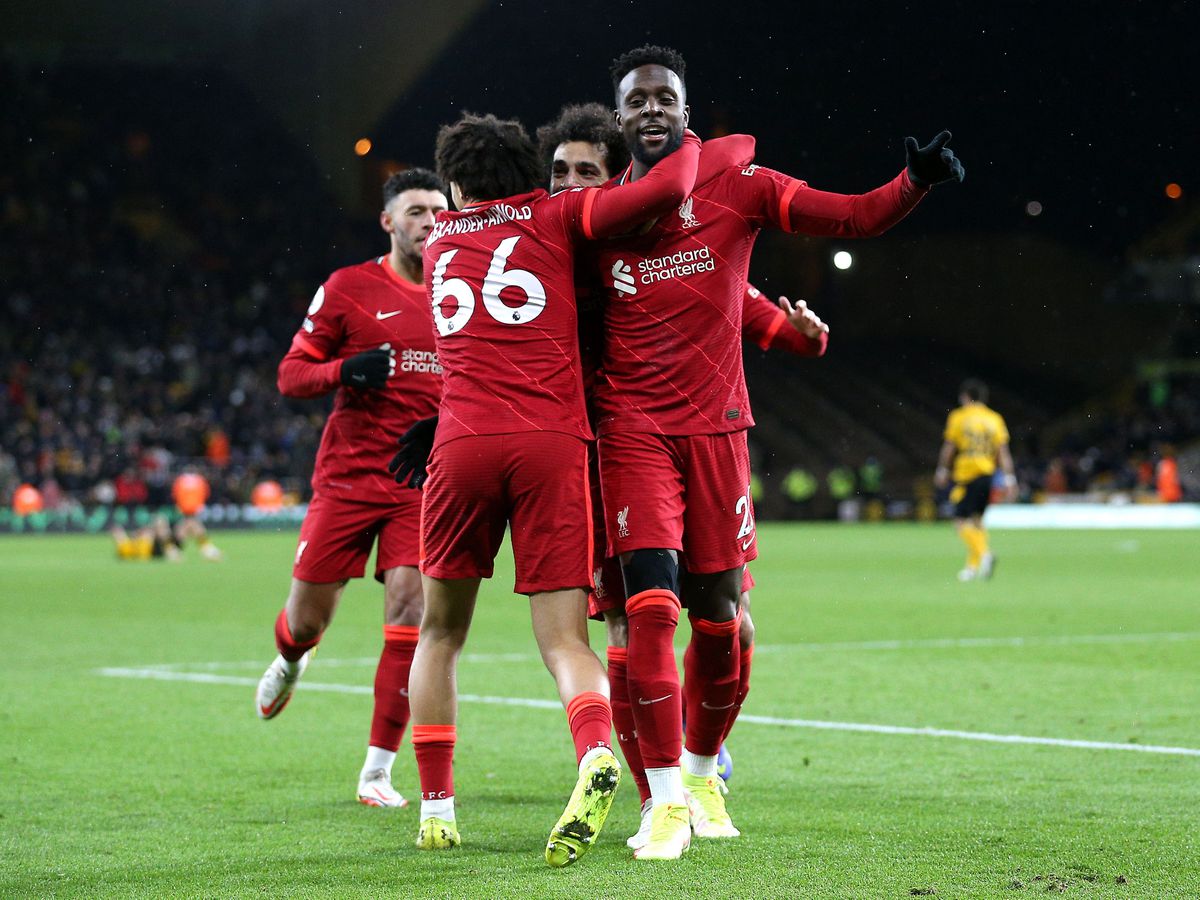 The substitute fired in from close range in stoppage time just as it looked like the Reds would fail to score for the first time in eight months.

Chelsea’s 3-2 defeat at West Ham gave the Reds a path to the summit and they went top thanks to Origi’s late show. Resilient Wolves were left with nothing despite another battling display and sit eighth.

Liverpool had blown away the majority of their rivals this season, having scored four in each of their last three Premier League games before arriving at Molineux.

They had, simply, been too good but found Wolves at their resolute best until the death.

Only Chelsea and Manchester City have conceded fewer goals than Bruno Lage’s side prior to the game and there was strong resistance to Liverpool’s threat.

The visitors failed to find any early rhythm, thanks largely to the hosts’ determination. Aside from Leander Dendoncker slicing a clearance from Jota’s header the Reds made few first-half inroads.

Three straight clean sheets had given Wolves’ defence renewed confidence and they continued to keep it tight as Liverpool slowly began to turn the screw.

Trent Alexander-Arnold volleyed over after 28 minutes and then turned provider for Jota, who headed his far post cross wide.

Liverpool had control but only managed to open their hosts up once and, even then, Romain Saiss’ presence ensured Mohamed Salah just failed to make contact with Andrew Robertson’s low centre.

As an attacking force Wolves were non-existent. Having scored just five league goals at Molineux that was no surprise but Adama Traore, Raul Jimenez and Hwang Hee-chan carried little threat.

Joel Matip and Virgil Van Dijk were on cruise control and apart from Rayan Ait-Nouri’s sharp run – before he wasted his cross – there was little for Liverpool to fear.

Yet, they were still searching for a goal. Having scored in every Premier League game since a 1-0 defeat to Fulham in March more was expected after the break.

They needed a mistake from Sa to create their best opening on the hour and even then Jota missed it.

The goalkeeper raced out to the left after Jordan Henderson’s searching pass for Jota but collided with Saiss to give the forward a clear run to goal.

He advanced but from just six yards belted the ball at the covering Coady on the line.

But Origi had the final say deep into added time when he collected Salah’s pass, turned and fired in from four yards.