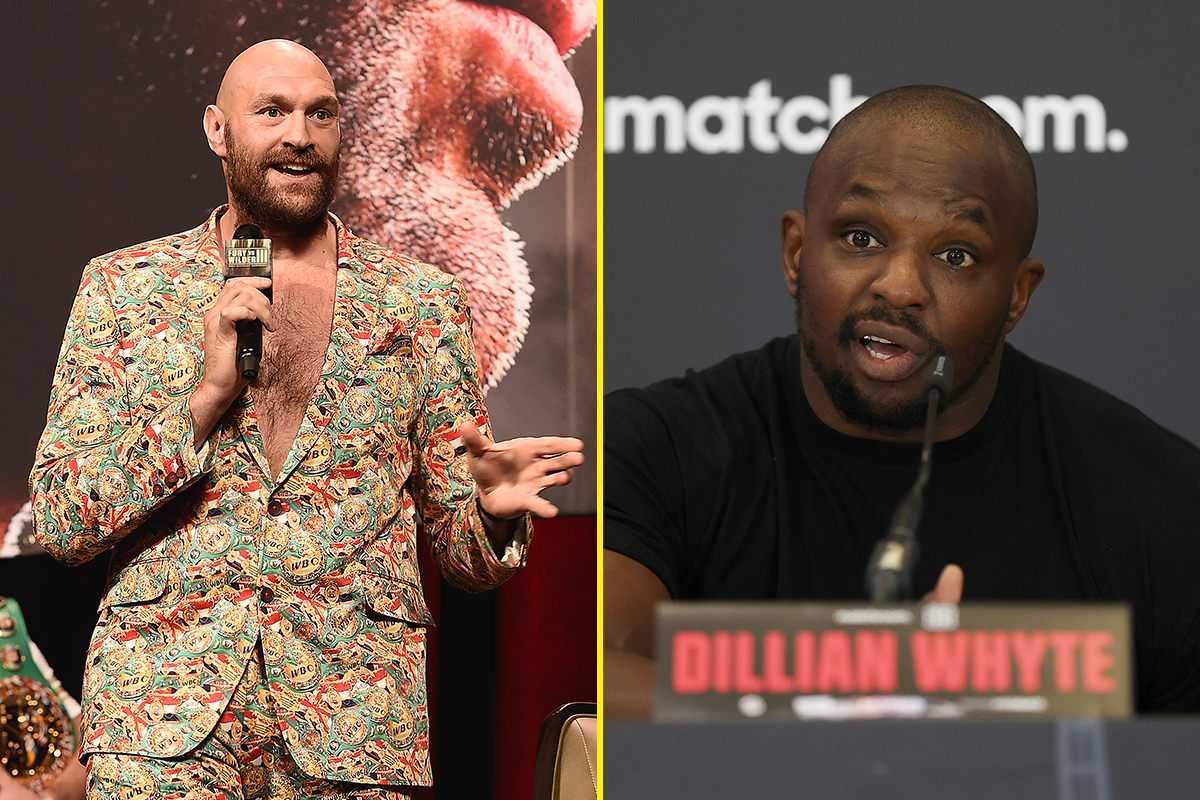 Dillian Whyte looks set to be missing from Tuesday’s first press conference for his fight with Tyson Fury.

Whyte has remained silent about the fight for several weeks now and only signed his contract just hours before the WBC deadline last week.

On Friday, the bout was officially announced, but with no comments from either boxer in the press release.

As the WBC heavyweight title fight went to purse bids (which Fury’s promoter Frank Warren won with a bid of $41million) Whyte’s money is guaranteed.

This means he will not get any bonuses based on how well the PPV does, and so seemingly feels under no obligation to promote the fight in order to generate more cash for his rival’s side.

Speaking to Boxing Scene, Bob Arum – Fury’s co-promoter in the US – said he didn’t expect Whyte to show for the first press conference.

“We won the purse bid, which was way higher than the next biggest bid. And he’s not coming to the press conference because we wouldn’t give him a percentage of the upside [from pay-per-view sales], which you don’t get in a purse bid.

“He told us he won’t come to any of the press conferences except the last one.”

Whyte’s recent social media posts appear to show he is still at his training camp in Portugal.

Fury will be in attendance at Wembley on Tuesday afternoon, alongside promoter Frank Warren.

The fight will take place at Wembley on April 23, with Whyte’s camp insisting he will go ahead with the bout even if he snubs all pre-bout media duties.