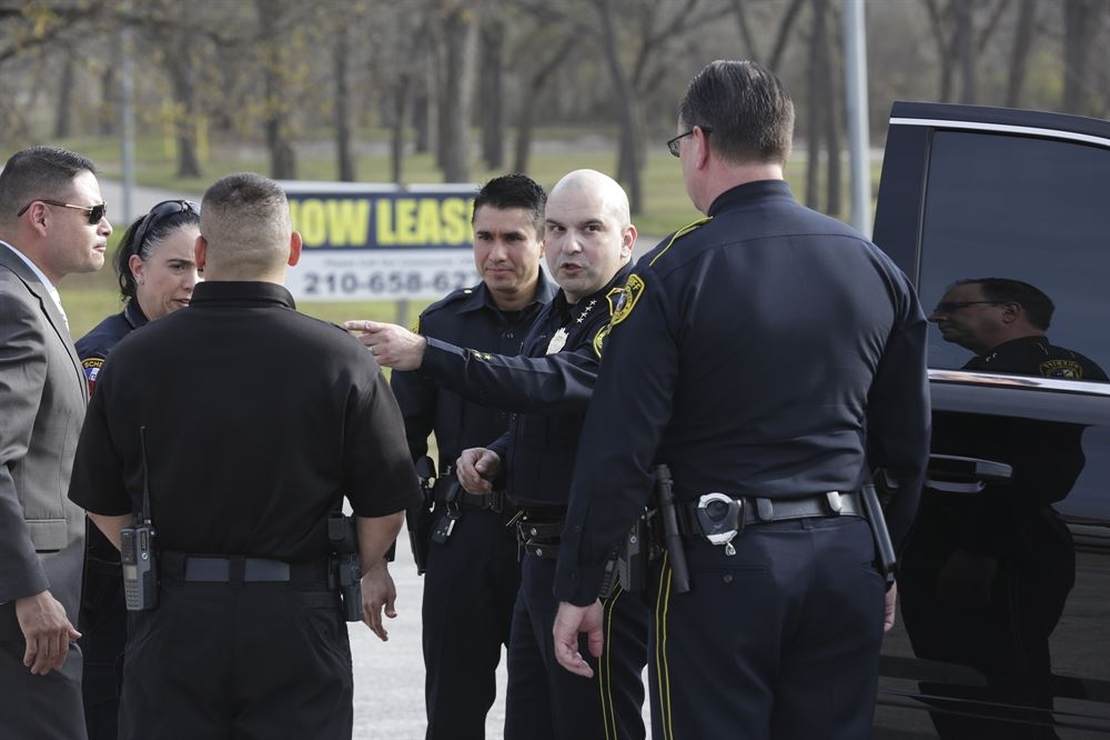 Bexar County Sheriff Javier Salazar, a Democrat, thinks that Americans should just embrace illegal migrants and accept that it is a fact of life. There is a shortage of restaurant workers, you know, and the migrants want jobs.

Salazar said that businesses should welcome the migrants and offer them jobs. The sheriff is opening an investigation into Governor DeSantis transporting 50 illegal migrants from Texas to Florida and then on to Martha’s Vineyard. He has a history of political partisanship and it is impossible to look at this story and not think about the fact that the mid-term elections are just 47 days away. Salazar has posed with supporters of Robert Francis “Beto” O’Rourke in pictures on Facebook and has called upon Texans to “vote blue.”

Does his investigation into the actions of DeSantis have anything to do with the fact that DeSantis and Abbott, both Republicans, are campaigning for re-election? You be the judge.

During the 2020 presidential campaign, Salazar posted a Facebook livestream video in front of a Biden-Harris campaign bus alongside failed Democratic House candidate Wendy Davis and Monica Alcántara, the chairwoman of the Bexar County Democrats, where he is referred to as Alcántara’s “co-host.”

A few minutes later, Salazar participated in an early voting video announcement with Alcántara, where he says, “Vote blue” and she finishes the sentence with “all the way through.” The livestream goes on to show the three Democrats on the Biden-Harris campaign bus chatting about various topics. At one point, Salazar called Davis a “rock star” and said he was “very proud” to have her on the bus.

Wendy Davis ran for governor in 2013 and is known for her pink running shoes she wore while filibustering in the Texas House over a bill on abortion. She lost the political battle in the House (she was a State Rep at the time), she lost her bid for governor, and she lost her bid to be a U.S. Representative in 2020.

In another Facebook video from Oct. 5, 2020, the same trio are seen holding yard signs of the Democratic candidates and encouraging voters to stop by to pick them up. Salazar posted in July 2020 that “4 Salazar votes” were cast for Alcántara’s re-election campaign for Bexar County Democrats chairwoman, calling her a “friend.”

A few days after 2020 election, Salazar posted an undated photo of himself shaking hands with Biden alongside his wife, who was holding Biden’s hand. The caption was, “Congratulations, Mr. President-Elect.”

Salazar has also posted several other photos posing with Democrats and expressing support for Democratic candidates.

I think it’s safe to say there’s a political agenda going on here.

In a photo posted to Salazar’s official Facebook page earlier this month, Salazar is seen smiling with a group of nearly a dozen people wearing “Beto for Texas” shirts at the San Antonio AFL-CIO Labor Day breakfast, calling the event “successful.”

In another Facebook post from early September, Salazar encouraged his followers to join him in blockwalking to support the campaigns of Bexar County District Attorney Joe Gonzales and Peter Sakai, who is running for the Bexar County judge position.

Gonzales, who Salazar called his “partner in crime fighting” back in 2020, has made several headlines dating back to 2018 when it was reported that the Texas Justice & Public Safety PAC, which has received over $3 million from liberal billionaire George Soros, was instrumental in helping Gonzales in his Democratic primary and becoming the district attorney, according to the Capital Research Center’s “Influence Watch” project.

Those are a few examples of Salazar’s political activities. So, it shouldn’t be a surprise to learn that he considers the massive flood of illegal migration coming across the southern border as just a fact of life. Democrats want to normalize open borders and cede the sovereignty of our country. People should rethink their attitudes.

Javier Salazar, a Democrat whose district, Bexar County, includes the city of San Antonio, said the U.S. needed to rethink its attitude towards migrants, and said flying them across the country was not the solution.

‘I think at some point you’re going to have to embrace the fact that this is happening, to a certain extent,’ he told CNN.

Speaking hours after new Customs and Border Protection data showed that migrant arrivals had surpassed two million this year for the first time ever, Salazar said they were needed, as workers.

He said restaurants in his district needed the migrants as staff. ‘I would say: look, you’ve got people that want to work,’ he said.

‘And you’ve got a shortage of workers.

It’s odd hearing a man who has spent decades in a career in law enforcement and now is county sheriff (an elected office) blatantly support lawbreakers and expect citizens to just accept it. Shouldn’t he know that illegal migrants don’t have work permits, at least not right away? Salazar says they should be offered jobs and then pay taxes.

Salazar said the solution was to employ the new arrivals – despite the fact that, having crossed illegally, they would not have work permits.

‘Hire these folks; give them the opportunity to work legally and ensure that the employers who are employing them are doing it the right way. And paying them correctly,’ he said.

‘And they are paying their fair share of taxes.’

We’ll see how far Salazar’s ‘investigation’ gets. For his part, Governor Abbott’s office says he didn’t have anything to do with the migrant plane to Martha’s Vineyard.

Bexar Co Sheriff is tired of long waits for tables, so he urges restaurants in San Antonio to hire the 2 million+ illegal aliens who have crossed during the Biden Border Crisis.