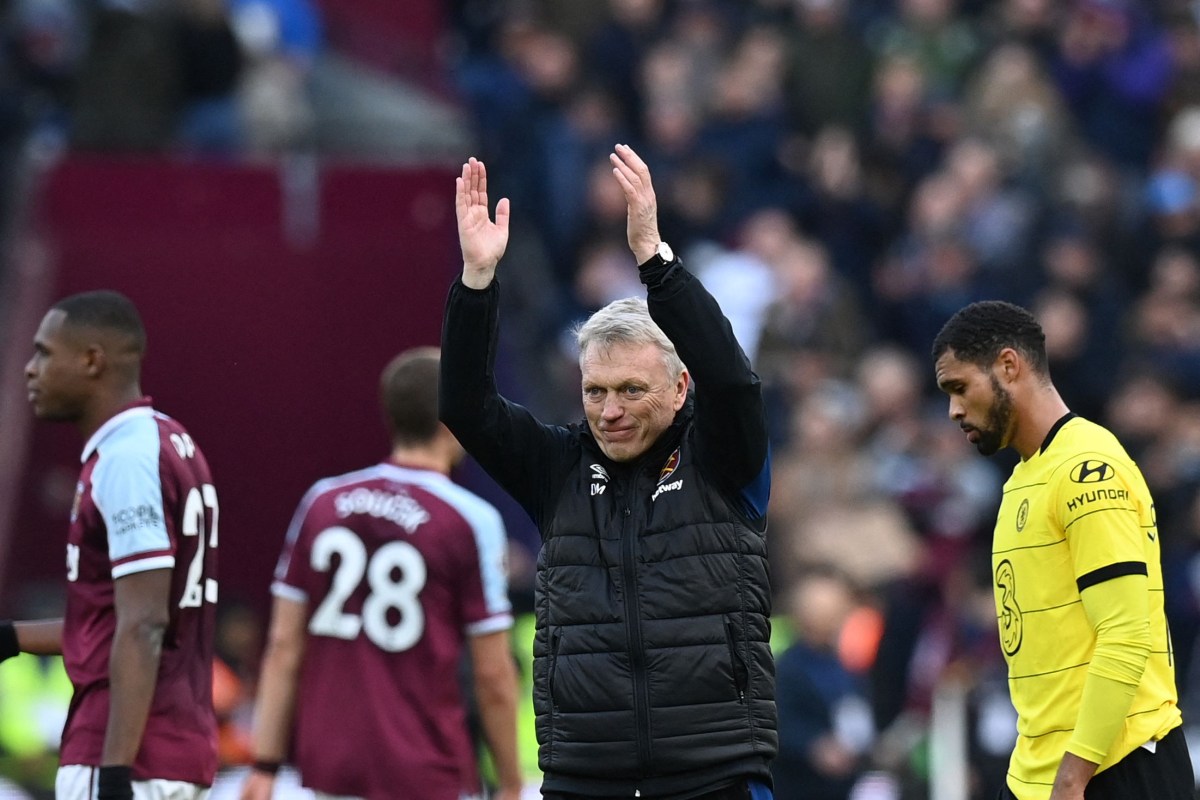 David Moyes insists West Ham did not play well against Chelsea and will need to improve if they are to secure a top four finish.

Arthur Masuaku came off the bench to score what proved to be the winner in the Hammers’ 3-2 victory in the lunchtime London derby.

The visitors had taken the lead on two separate occasions through Thiago Silva and a wonder strike from Mason Mount, yet Manuel Lanzini and Jarrod Bowen clawed the east London outfit back.

West Ham were lagging in the possession stats, yet possessed the grit and determination to make it an uncomfortable afternoon for the Premier League leaders and Masuaku’s ambitious effort (which may have been a cross) was deserved for their spectacular output alone.

The Hammers have been through a certified gauntlet of Premier League fixtures recently, taking on Liverpool, Manchester City, Brighton and Wolves in recent weeks as they seek to improve on their sixth-place finish last campaign.

Yet Moyes was still not impressed with what he saw from his side against the Blues and urged for more from his men.

“But while you run around and you’ve got a bit of character and you try and hang in and you try to not give away too many opportunities, then you’ve always got a chance of getting a goal.”

Heading into the final half of the season, the Hammers are fourth in the table, in the semi-finals of the EFL Cup and have already qualified for the Europa League knockout stages.

While there were certainly impressive moments last season, the inability to compete with the bigger teams effectively wrecked any chance of getting into the Champions League.

The Hammers were beaten twice by Chelsea, Manchester United and Liverpool, and took two points off Manchester City and Arsenal – yet have already beaten Chelsea, Liverpool and Tottenham in the league, knocking both Manchester sides out of the cup too.

While Moyes admits he wants talk of reaching the Champions League ‘grows’, the Scot is well aware of the work needed to be done.

“I hope it grows, but I’m also realistic to know that we’ll need to play much better,” he added.

“So we need to get back to that quickly, find that level of performance. But I’ve always said this; can I challenge the teams at the top?

“What I mean by that is, can I play them? Can I give them a game, can I beat them?

“I think we look a little more liable to do that this year. Whether we have the consistency and the ability amongst the squad and we don’t pick up injuries over a period, that’ll probably be the telling thing really.”