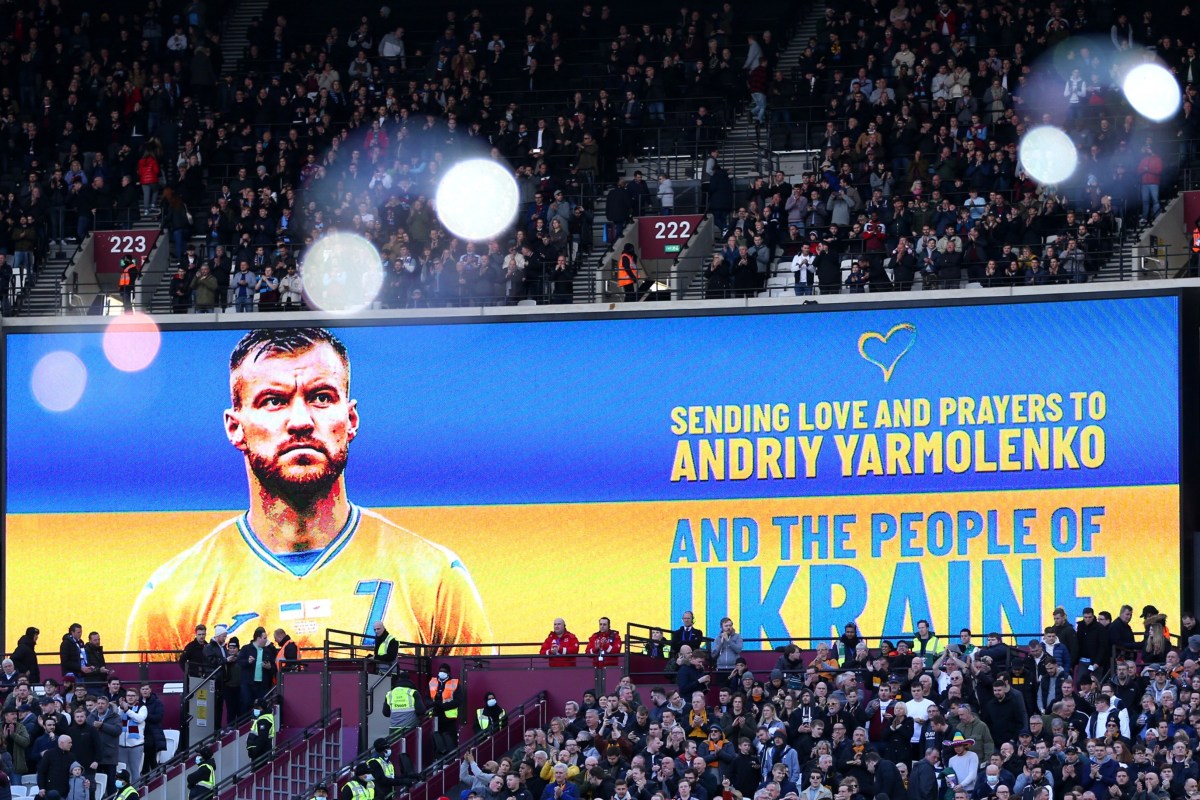 David Moyes has given an update on Andriy Yarmolenko after the West Ham forward was given a leave of absence due to the Russian invasion of Ukraine.

Prior to the match against Wolves, there was a strong show of support the winger and his nation, with Declan Rice leading the teams out carrying his teammate’s shirt.

Over the last few days across football, many clubs and governing bodies have come together for Ukraine and condemned Russia.

At the Carabao Cup final between Chelsea and Liverpool, all in the stadium came together to show solidarity for the eastern European nation.

Meanwhile there were meaningful tributes at Everton’s loss to Man City and Manchester United’s 0-0 draw with Watford.

Speaking after West Ham’s victory, Moyes said how pleased he was to see football come together in recent days.

“I think there is a message coming from the Premier League – you saw it last night in the Manchester City vs Everton game.


Chelsea statement on Russia’s invasion of Ukraine after Abramovich decision

“It it was a brilliant message that they’re putting out all round saying that ‘nobody here, nobody in this part of the world is recognising war, we don’t want it, we don’t want to hear about it’.

“We support Ukraine and we support our player in Yarmolenko.

“At the moment we’ve given him a bit of time off and I’m hoping that he’ll be back in training tomorrow, but we’re really just more interested that he’s got his family safe and that everyone connected with him is OK.”