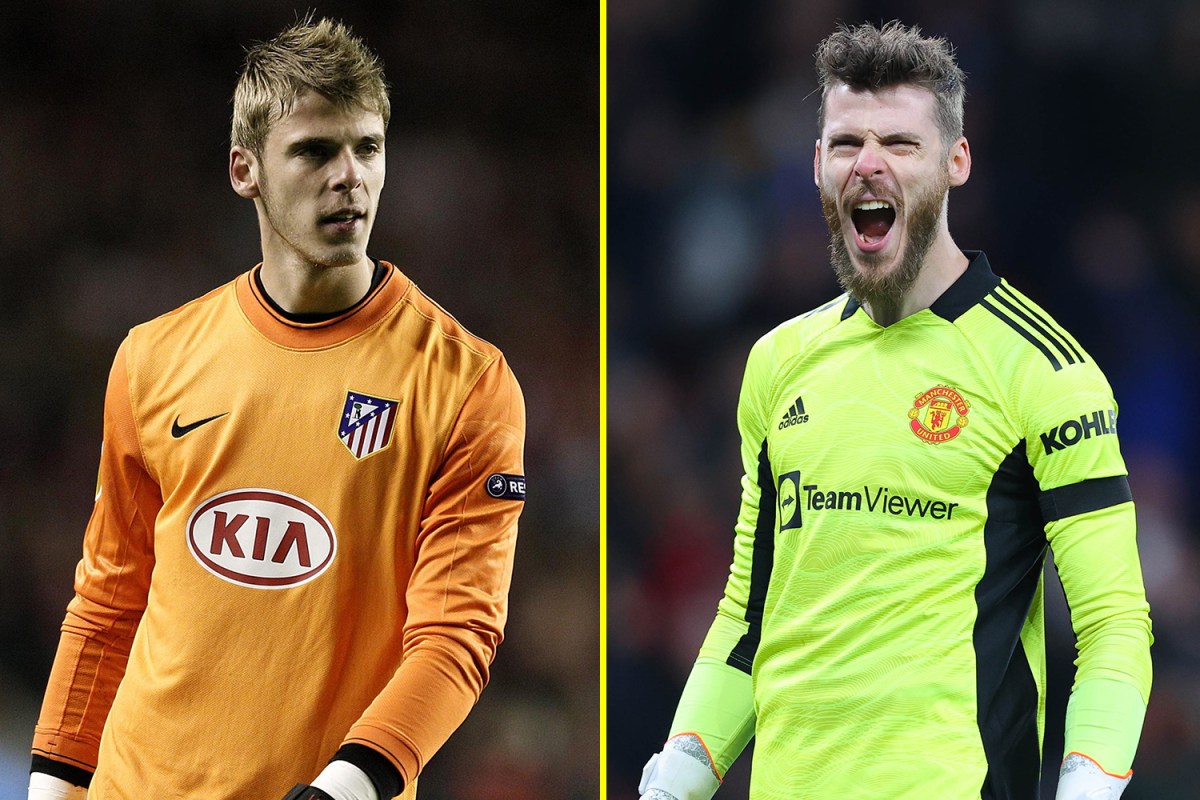 David de Gea was a key figure in helping Atletico Madrid kick off their golden era of ten major trophies in ten years, but he could contribute to ending it when he faces his boyhood club in the Champions League.

Manchester United host Atleti in the last-16 on Tuesday night, where a defeat for the Spanish side would represent another blow to a hugely disappointing season.

Diego Simeone‘s side were crowned LaLiga champions last season, but they have failed to replicate some of their best form this term.

There is every chance they could miss out on a Champions League qualifying spot, which would represent the end of a glittering run of trophies for the club.

Since former Atleti star Simeone’s return to the club as manager in December 2011, the Spaniard has led the Madrid side to two LaLiga titles, three Europa League crowns, three UEFA Super Cups, one Copa del Rey and the Spanish Super Cup.

They have also consistently finished in the top three under Simeone’s stewardship.

However, things are not going to plan this term with Atletico currently in fourth position and sitting 15 points behind arch-rivals Real Madrid at the league summit.

And they face stiff competition with Barcelona, Real Betis, Real Sociedad and Villarreal as they attempt to claim a Champions League place.

However, De Gea has the opportunity to pile further misery on his former side with a Manchester United victory that could see a start of the Atletico’s decline.

The Spanish goalkeeper was part of the Atleti first-team in the 2009/10 campaign and helped the club to win the Europa League by beating Fulham in the final.

The 20-year-old continued to produce stellar performances that caught the attention of former Manchester United manager Sir Alex Ferguson, with the goalkeeper eventually sealing a £18.9million move to Old Trafford.

And he revealed the lengths Ferguson went to ensure United secured De Gea’s signature – the manner of which still angers some Atleti fans to this day.

Speaking to the Daily Mail, he said: “I can only remember Sir Alex Ferguson missing two United matches. He missed a Manchester derby in 2000 for his son’s wedding. The other time? To scout the brilliant David de Gea.

“I was convinced that a 20-year-old De Gea was the right man to replace him.

“I showed a three-minute DVD compilation to Sir Alex and then we went to watch him play for Atletico Madrid at Valencia on the night United played Scunthorpe in the League Cup.

“Sir Alex knew he was the right signing inside 65 minutes. David showed composure, concentration and reflexes. He made one terrific save that went through a load of bodies.”

While the Spanish side didn’t want to see him go, goalkeeping coach Emilio Alvarez spoke openly about De Gea’s move to Old Trafford.

He said to the Athletic: “My point of view was to push and say to David he had to go to United. You can’t say no to one of the biggest clubs in the world.

“For him and the family, it was a big and a difficult decision because they did not speak English and it was a whole change of life. And he had something good in his hands, he was one of the best players in Atletico.

“The crowd had him as one of their favourites. But I said to him: ‘You will be one of the best keepers in the history of United and the Premier League’.

“It was not a unilateral decision by David. It was completely agreed between the club. The club had a really good deal.”

Since his arrival at Old Trafford, De Gea has gone on to become one of the world’s top goalkeepers, saving Man United on plenty of occasions.

And the former Atleti star could play a major part in a new chapter for his boyhood club, as an exit from the Champions League would see their last remaining hopes for a trophy this season end.

And there could be big question marks over Simeone’s future in charge should the defending Spanish champions finish the season empty-handed.