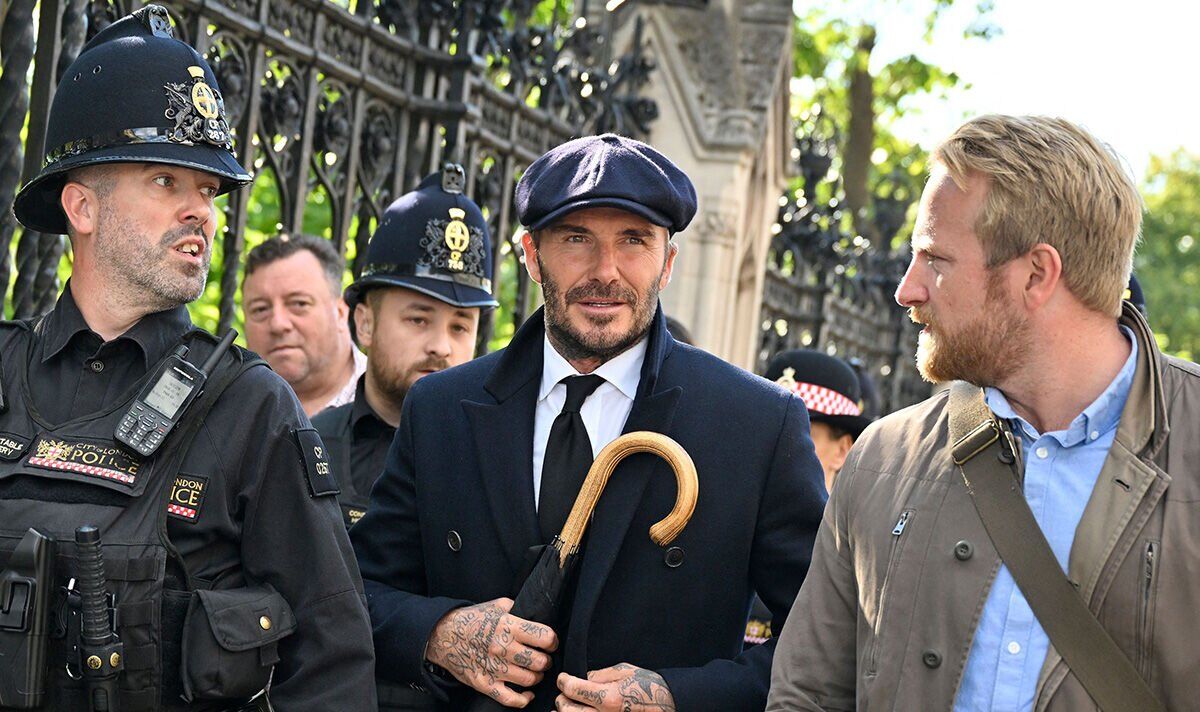 “The Queue is now full of people trying to photograph David Beckham and forgetting to actually move onwards. It’s madness!” she wrote.

She then attached a picture of the star, who could be seen smiling as he stood in line.

“I feel a bit sorry for him, but he’s taking it very well,” Jules added.

The government stated that the queue to see the Queen lying-in-state had reached capacity yesterday, pausing entry to Westminster Hall for six hours after a line that was five-miles-long had formed.