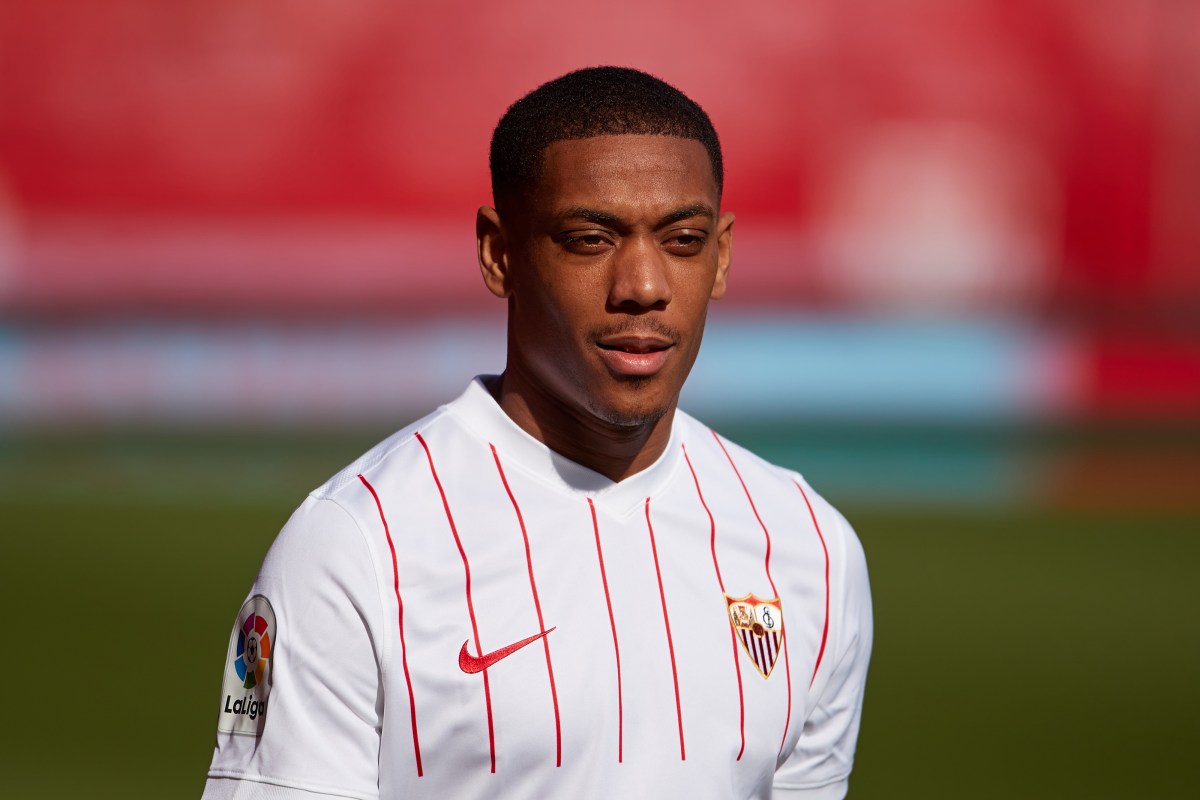 The talkSPORT host pointed to the successes of Wayne Rooney and Cristiano Ronaldo as players who were able to adapt to become big hits when arriving at Old Trafford as teenagers.

Eyebrows were raised when Martial joined from Monaco for a mouthwatering £36million fee in 2015 at the age of 19.

The Frenchman had an electric start to life at Old Trafford, hitting a memorable solo effort on his debut against Liverpool before scooping the Golden Boy award in December a few months later.

However, six-and-a-half years down the line, the 26-year-old has departed for Sevilla on loan having failed to make his mark for the club on a consistent basis.

He has helped United to three trophies during his six years at Old Trafford – an FA Cup, League Cup and the Europa League – but has never become a regular in the first team due to his inconsistency.

And Jordan insists Martial’s failure to adapt like Ronaldo and Rooney did – or even Bellingham at Dortmund more recently – show his struggles are down to him and not the club.

“If you look at young players. Wayne Rooney went into Man United as a teenager, [Cristiano Ronaldo] went there, Jude Bellingham’s gone to Dortmund as a teenager,” Jordan said on the White and Jordan show.

“It depends on the player and how they adapt.

He added: “The ownership of the outcome is determined by the player and is created by him.

“If you’ve been there a couple years, or eighteen months like Wilfried Zaha went there, clearly it wasn’t right for him to go Man United at the time.

“You can contribute that to the player and the step up, he [Martial] has been given six-and-half-years!

“Six-and-half-years to get his act together. Ultimately he’s not really made his mark.

“It’s all been about what he can do rather than what he has done. You have to lay the blame the player – the same way with Memphis Depay when he came.

“There are also many examples of younger players who go to clubs and are succesful.

“To build something of substance and to overcome adversity, if it’s always a one-way transaction then when a moment of adversity comes your way, you will fail.

Jordan continued to insist that it’s a mistake for the Red Devils not to stipulate a permanent option to buy, saying they may struggle to get him off their books wit his current deal expiring in 2024.

“Huge mistake for Man United, they should have got an option to purchase as back he’ll come once Seville know what they’ve got,” he added.