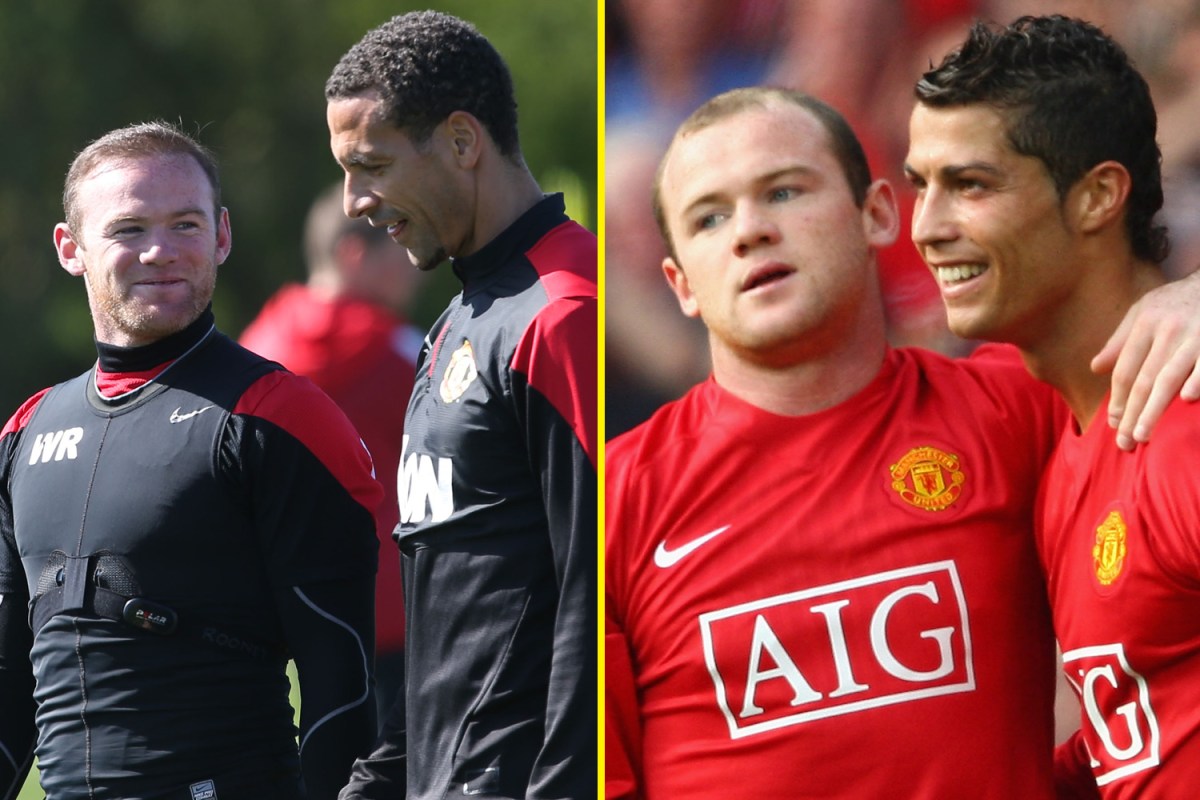 Manchester United legend Wayne Rooney gave his humourous take on his former teammates at Old Trafford during a black-tie dinner on Saturday night.

The all-time leading goalscorer for the Red Devils and England delivered some tales about the players, no matter their standing in the game.

Rooney recalled what it was like playing alongside ­Cristiano Ronaldo at Old Trafford, and admitted he could be a little irritating despite his incredible talent.

He said: “Cristiano was so good and so f****** annoying at the same time. He is probably not as good now but he is probably just as annoying.”

The Derby boss also touched on the infamous moment between the pair during the 2006 World Cup in Germany, when Rooney was sent off for kicking Ricardo Carvalho.

Ronaldo stormed over to remonstrate with the referee who then pulled out a red card, with the Portugal ace later caught winking, which caused quite a stir.

“I had no issue with Cristiano whatsoever. I spoke to him in the tunnel. I said, ‘I have no issue with you getting me sent off’, because I’d spent the first half trying to get him booked for diving.

“I am English, he is Portuguese. When we are playing I do not give a f*** about him. He is not my mate. But when we have finished, we are mates again.”

Rooney also spoke about Rio Ferdinand, a United and England teammate, during the event at Mercure Hotel.

And it appears the England forward sometimes took issue with the centre-back’s style of play.

He quipped: “Rio is a top player, but he is just arrogant. You get paid a lot of money at Man United to kick the ball into the net, so just do it.

“I said: “Do your job, and give me the ball, give Ronaldo the ball. Stop standing there messing about.’ Rio is a top lad but he sometimes did forget he was a defender.”

Carlos Tevez, who was part of United’s attack alongside Ronaldo between 2007 and 2009, was also touched on by Rooney, who admitted their inability to communicate thoroughly was dispiriting for him.

“For two years I loved playing with him”, Rooney said about Tevez.

“I used to pick him up from his house for Champions League games and drive him to the airport. We’d play the game and come back. And, honestly, I spoke to him for 30 minutes, and I had no idea what is coming out of his mouth.

“He is just mumbling. I am not a great speaker and I am thinking, ‘F****** hell. He is mumbling and nothing, nothing’.

“I was devastated, it was the biggest disappointment of my life.”

Meanwhile, Rooney also admitted he was very easy to wind up and recalled one particular incident which could have caused some embarrassment

“One time we’d been away for three weeks pre-season. I got on the plane, took my suit off, put my pyjamas on and took Night Nurse,” he revealed.

“We’re about an hour from landing and I am getting changed. I put my shirt and tie on and I think, ‘Where the f*** are my pants?’

“As soon as the plane landed I marched to the front of the plane. “You had people like Sir Bobby ­Charlton and Alan Shearer there. “People were looking at me like, ‘What the f*** is going on?’

“I said to everyone, ‘No one, not even you Sir Bobby, is leaving this plane until I get my pants. I am not walking through the airport in a shirt, tie and pyjama bottoms’. These s*********, my pants made it to the front of the plane.”