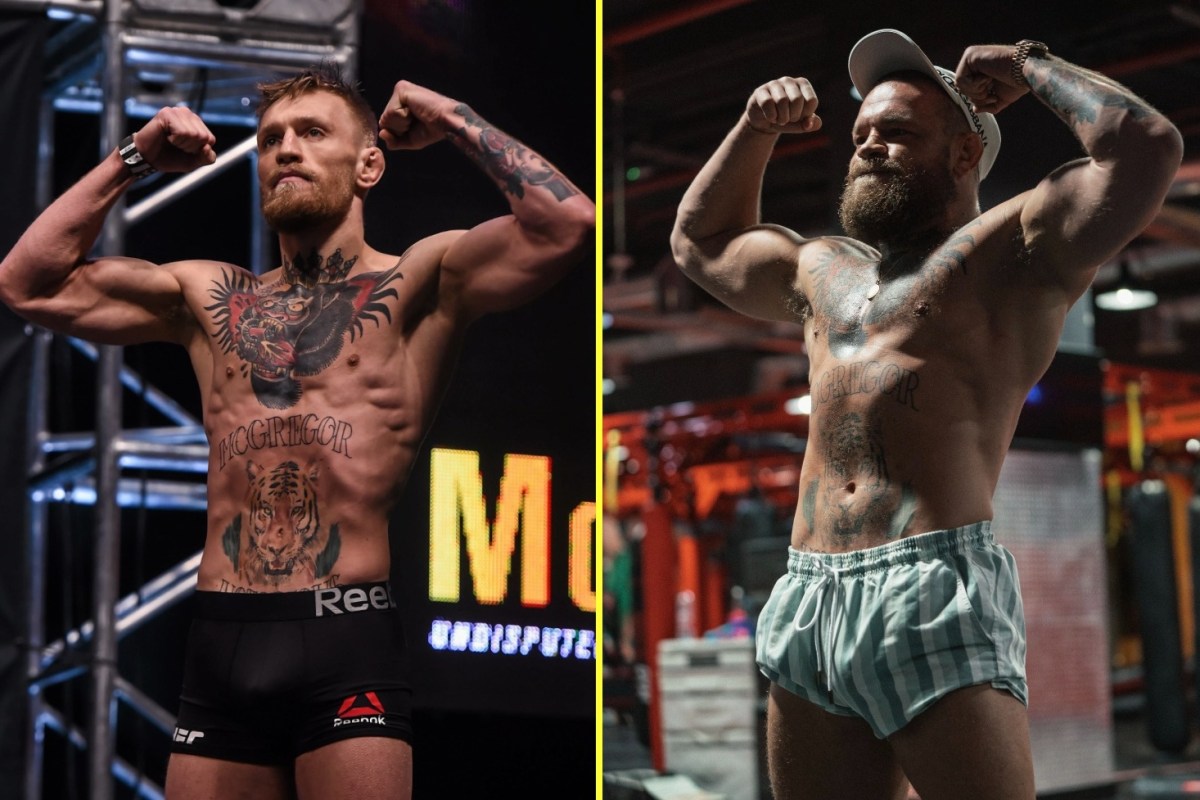 Conor McGregor claims to be tipping the scales at 190lbs as he continues his rehabilitation from his sickening leg break.

‘The Notorious’ was hoping to avenge his defeat to Dustin Poirier on Fight Island when they met for a third time at UFC 264, but was instead badly injured.

With his leg badly compromised as a result of the break, the fight was ended after the first round and McGregor was carted off to hospital.

Yet this has not stopped the 33-year-old from packing on some serious muscle in the gym after weighing in at 155lbs for the fight, as he prepares for an assault on the lightweight division.

The Irishman claims to be ‘190lbs of granite’ at this moment having almost exclusively worked on his upper body due to his fragile leg still not yet back to full strength.

With April set to be the date he returns to full MMA sparring, with UFC boss Dana White confirming the former two-weight world champion was ‘training like Rocky Balboa’ for his comeback.

White said on The Jim Rome Podcast: “He obviously still has the desire to compete.

“You don’t ever hear Conor going, ‘You know what, man? I just don’t have the desire for this anymore.’ You now what I mean?