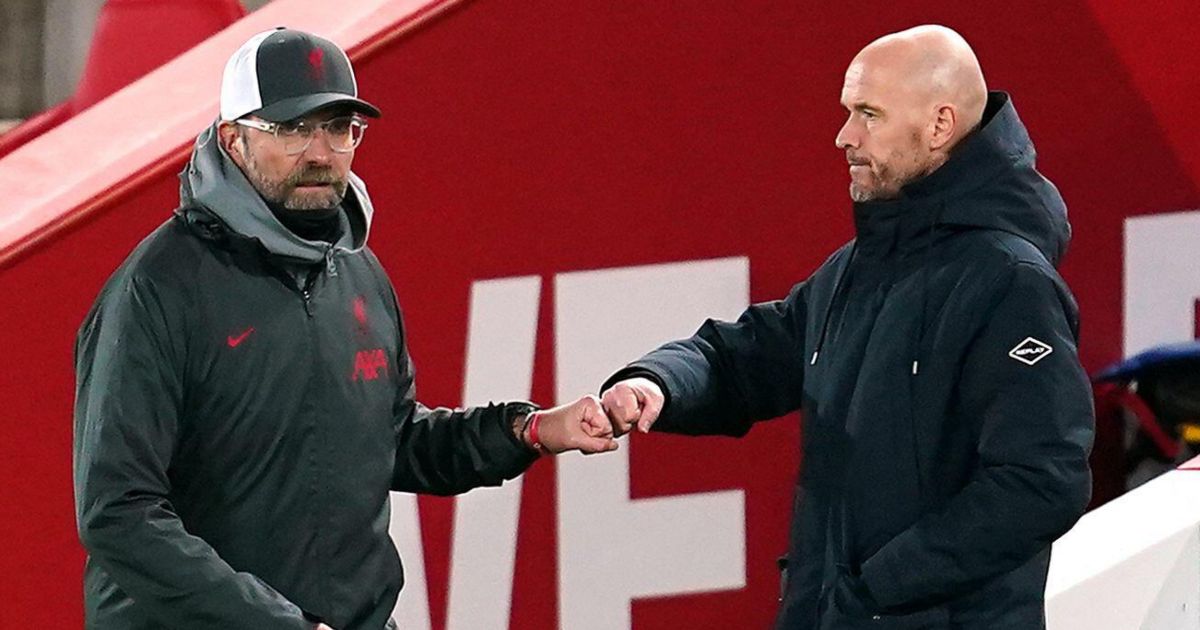 Manchester United and Liverpool are worlds apart, both in the quality of their squad and success in the last five years. But both clubs are financial powerhouses, so we’ve had a look at their net transfer spend since Jurgen Klopp took over at the Merseyside club in October 2015.

United are known for spending huge amounts of money, but their inconsistent transfer policy has meant that their huge squad is overpaid and underperforming.

Liverpool have leapfrogged their rivals since Klopp arrived at Anfield, in part thanks to the club’s more careful transfer decisions.

Liverpool clinched the Champions League in 2018-19 with a squad that included clever acquisitions like Mohamed Salah and Sadio Mane and then went on to finally win their first Premier League the following season.

They then suffered with injuries in 2020-21 but came storming back last season, winning the FA Cup and League Cup, as well as making it to the Champions League final and taking the Premier League race to the final day.

This summer, they have strengthened again, bringing in Darwin Nunez from Benfica as their flagship signing. But Klopp has also lost a heavy hitter in Mane.

Meanwhile, United have managed to get some considerable wages off the book in 2022, but they’ve also spent big money on arrivals, with £63.5million man Casemiro the latest through the door.

United have been criticised for an apparently scattergun approach to the transfer market – for example, they went after Frenkie de Jong and Adrien Rabiot before pursuing Casemiro – but new manager Erik ten Hag recently spoke about how they select transfer targets.

Ten Hag told United’s official site: “It starts with the basic stuff. [You have to be] reliable, have drive, have the motivation – [be] highly motivated.

“You want to fight and you bring it every day on the training pitch. You want to strengthen the squad. You are [part of] a unified club, a unified team and, most of all, you are prepared to win.”

Just how Ten Hag’s summer signings – Casemiro, plus Christian Eriksen, Lisandro Martinez and Tyrell Malacia – perform over the full season, though, we will have to wait and see.

But what about the difference in transfer spending between United and Liverpool in recent years?

Can you name the 30 most expensive transfers between PL clubs?