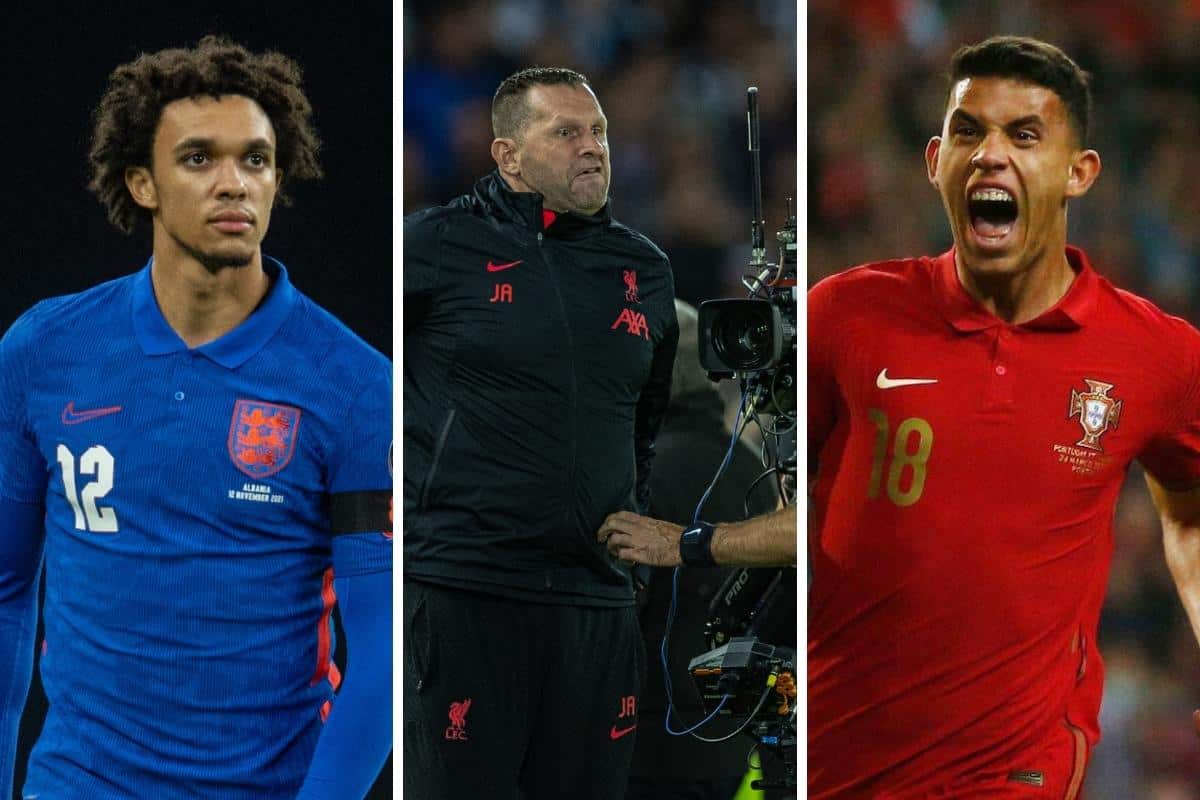 Liverpool have seen a coach banned from the touchline, Trent earn an international call-up, and a heartbreaking injury to a young loanee, as the wait for the next fixture continues.

Liverpool’s goalkeeping coach John Achterberg was charged by the FA in the aftermath of the drama that ensued in the late win against Newcastle last month.

Both Achterberg and Newcastle‘s head of performance, Daniel Hodges, were charged for “improper” behaviour,” with the Reds’ coach alleged to have used “abusive and/or insulting gestures.”

A decision has now been handed down by the FA, with both Achterberg and Hodges receiving fines and a ban.

Achterberg has been fined £7,000 by an independent Regulatory Commission and is banned from the touchline for one fixture, meaning he will not be on the bench against Brighton on October 1.

Bet Newcastle are still stewing over that extra time, but they shouldn’t have tried to waste as many minutes as they did! Will they have learnt their lesson?

“It’s a nice thought, but we’ve got enough to focus on”

Steven Gerrard gives his verdict on the idea of a Premier League North versus South All-Star match… pic.twitter.com/BJ39YVCqck

Tweet of the day and match of the night

This is far too relatable…

Me in the members sales https://t.co/ERZoOASC2j

It’s Thursday and European action is ongoing in the Europa League and Conference League, Man United and West Ham are both involved but there is plenty of choice! Games start at either 5.45pm or 8pm.