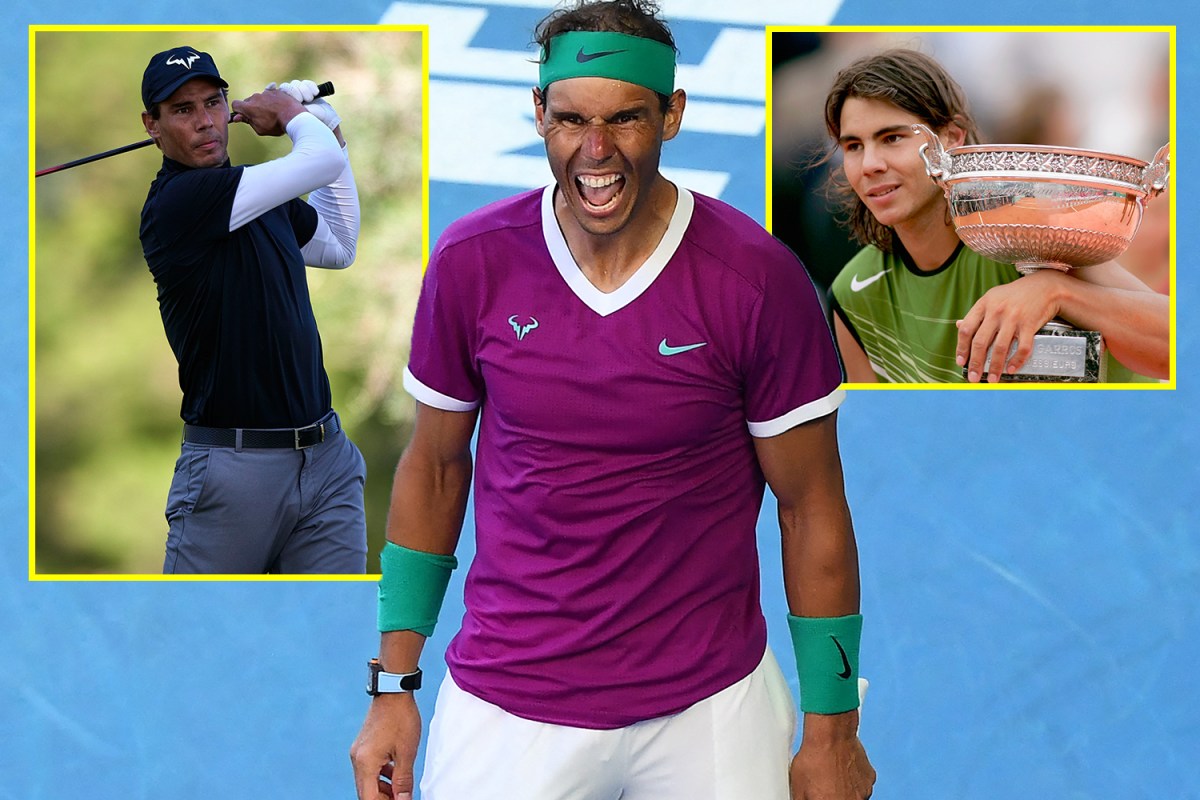 Rafael Nadal is on the brink of making history at the Australian Open, but his career nearly ended before it even got going.

The 35-year-old saw off Matteo Berrettini in the semi-final and, will play either Daniil Medvedev or Stefanos Tsitsipas in the final on Sunday.

It would be his second title in Melbourne, a remarkable 13 years after his first in the first Grand Slam of the calendar year. The Spaniard has been thwarted in a further four finals by Novak Djokovic (twice), Roger Federer and Stan Wawrinka.

“For me it’s all about the Australian Open,” he said after beating Berrettini.

“It’s an amazing event, but I have been a little unlucky with my injuries; I was close a couple of times and was lucky I won in 2009.”

There is no Djokovic or Federer to stand in Nadal‘s way this time, through deportation and injury reasons.

The big three are all tied on 20 Grand Slam titles and few would have predicted his record-breaking 21st title would come in Australia, a place he has struggled compared to other Slams.

Whether he finishes ahead of his rivals or not, it has still been a magnificent career for Nadal and all three will go down in history among the greatest tennis players of all time.

But his career was so nearly cut short just as it was getting going back in 2006.

Nadal had won the French Open as a teenager in 2005, winning 11 tournaments all told that year, and rose to number two in the rankings – behind only Federer.

It was during the Madrid Masters in 2005 when he first felt a twinge in his left foot and it left him struggling to walk on it. His doctor couldn’t figure out what was wrong.

Nadal then saw a foot specialist his uncle, Miguel Angel, knew from his time at Barcelona and the mystery injury baffled him too.

More than two months passed before and he a got a prognosis that made him ‘sink into the deepest, blackest hole of my life’.

A very rare congenital problem in his tarsal scaphoid bone in his foot caused it to deform due to the unusually intense activity that tennis brings.

“Having diagnosed the problem, the specialist delivered his verdict,” Nadal wrote in his book. “It could be, he pronounced, that I’d never be able to play competitive tennis again.

“I might be obliged to retire, at the age of nineteen, from the game in which I had invested my life’s dreams. I broke down and wept; we all wept.”

It was then his father who suggested that he could turn his hand to professional golf to make use of his ‘talent and guts’.

But a rather simple solution was found that did not require surgery. A insole to his shoe would provide the cushioning necessary to take off the pressure.

He was soon back on court, albeit on crutches, preparing to make a comeback for the 2006 season and eventually was able to go on and defend his title at Roland Garros.

The foot injury has not held him back too much during his career, going on to win the French Open a record 13 times and be the undisputed ‘King of Clay’.

He also completed the career Grand Slam with four US Open titles, two at Wimbledon and one at the Australian Open.

But that nagging, at times debilitating, injury made a return in 2021 and knocked him out of Wimbledon, the Olympics and the US Open.

There were fears that we may never see him back on the court again as he admitted: “I don’t know when I will play again.”

He was able to get back fit, and got over a bout of COVID, to get back to playing some brilliant tennis at the Australian Open.

Nadal needed five sets to get past Denis Shapvalov and the tricky Berrettini awaits in the semi-final, who himself is the first Italian to ever reach the last four in Australia.

Whether he wins another Grand Slam title or not, his legacy is secure and we should enjoy these special moments in the twilight of his career before he puts his racket away for good.