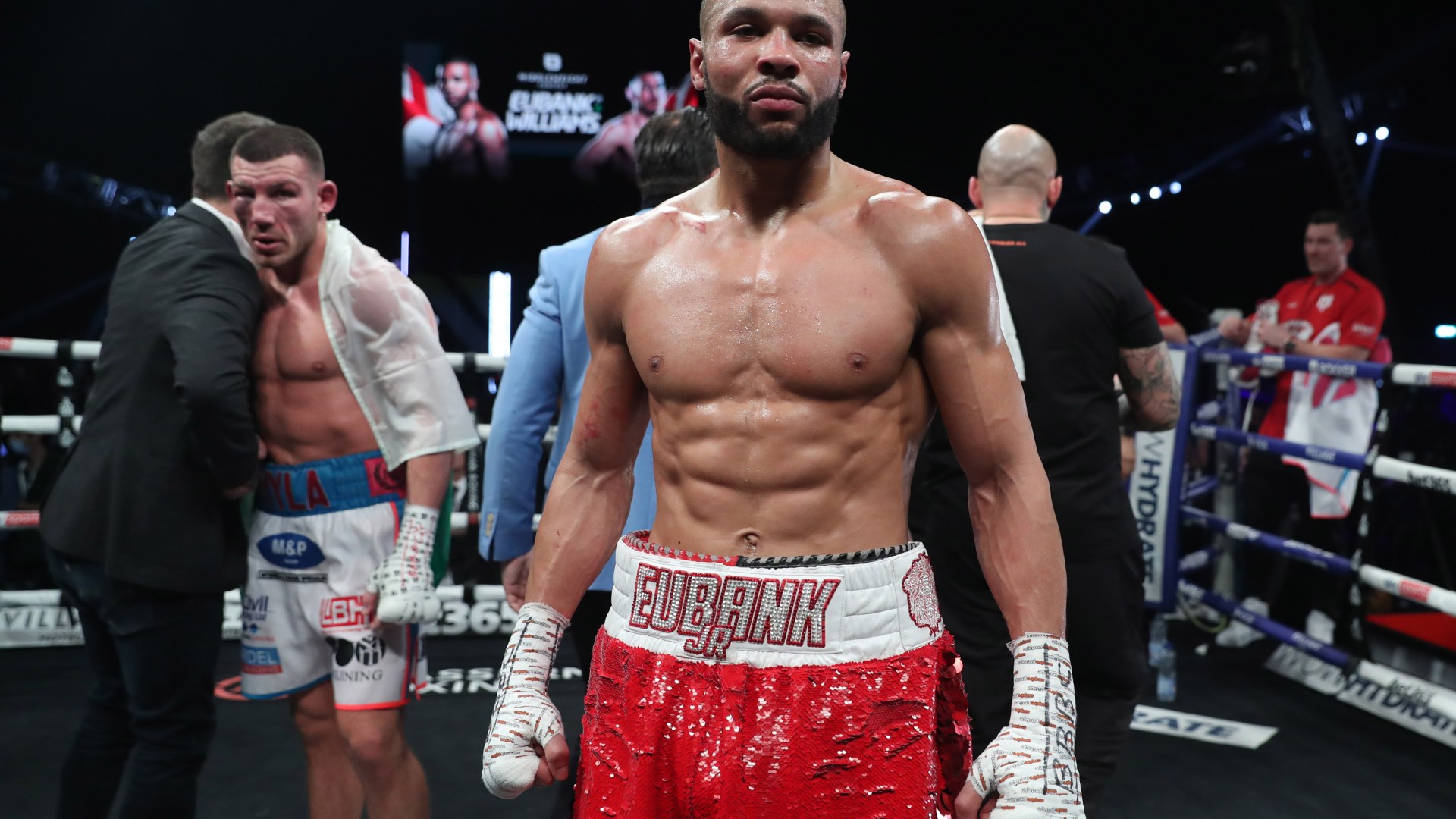 Chris Eubank Jr is heading for a world title fight in the very near future, BOXXER’s Ben Shalom has told talkSPORT.

The 32-year-old middleweight is yet to become a genuine world champion, having only held lesser IBO belts previously.

Eubank Jr is now signed with Kalle Sauerland and Wasserman Boxing, but also has a TV deal with UK broadcaster Sky Sports, who work with Shalom and BOXXER.

Together, all of these parties are now working to map out his route to world honours.

It was initially thought that world title belts would be placed on the back burner in the pursuit of bigger money fights.

Kell Brook was floated as an opponent for Eubank Jr, but he has now retired from the sport.

Asked if he regrets that fight not coming to fruition, Shalom told White and Jordan on talkSPORT: “No, honestly not at all.

“I think people could see that I was reluctantly having to answer questions on that fight.

“We think we’re getting together a very good plan for Chris Eubank Jr now where he fights for real world titles.

“Those bigger fights – whether it’s Conor Benn or Billy Joe Saunders – will always be there for him later on in his career, I think now’s the time for world titles.”

As things stand, the WBA and IBF middleweight world titles are out of action as they’re held by Gennady Golovkin, who is set to face Canelo Alvarez in September up at super-middleweight.

WBC champion Jermall Charlo recently suffered a back injury and postponed his defence against Maciej Sulecki.

This just leaves the WBO title as Eubank Jr’s only current route.

At present, that belt remains in the hands of America’s unbeaten Demetrius Andrade.

Andrade was due to move up in weight for a fight with Zach Parker, but suffered an injury which saw the bout scrapped.

If Andrade confirms his desire to still move up in weight, then Janibek will be upgraded to full world champion.

If not, then it would be the American that Eubank Jr would need to beat to finally win a title.

Shalom said of Eubank Jr: “There’s obviously the Janibek fight, there’s the Demetrius Andrade fight which now looks like it could be back on the cards after the Parker fight fell through.

“There’s options now for Chris, it’s whether he wants to step up and take those opportunities to fight for world titles, because I believe they’re there now.”