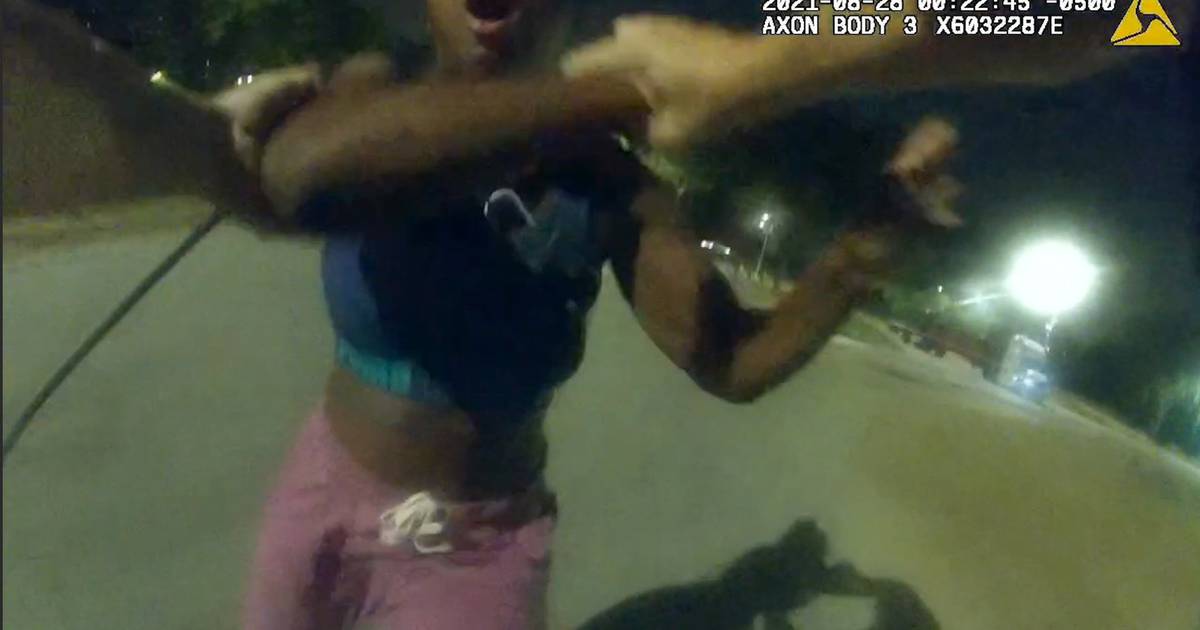 A Chicago police officer who was shown on video grabbing and restraining a Black woman walking her dog at North Avenue Beach in August 2021 has resigned.

Officer Bruce Dyker left the Chicago Police Department in May before the department had announced any formal disciplinary action taken against him, a department spokesperson confirmed. He had worked as an officer for 23 years.

The incident was captured in several videos that went viral, sparking a Civilian Office of Police Accountability investigation and a response from Mayor Lori Lightfoot, who said she was “quite disturbed” by videos of the incident.

Videos of the incident — including one taken by bystanders and another captured by Dyker’s body camera — show the officer approaching the woman, Nikkita Brown, at North Avenue Beach around midnight. Brown backs away from Dyker as he approaches her and orders her to leave the park, which was then closed.

Dyker closely follows Brown, the video shows. She repeatedly tells him to not come closer and to back up because he isn’t wearing a mask, and he continues to approach and order her to leave the park.

Eventually, according to the video, the officer yells, “Get out of the park. What do you not understand about that? The park is closed. You are trespassing on city property, and you will go to jail if you don’t take your dog and leave.”

“I feel threatened,” Brown says as she stops walking.

“Good,” Dyker responds. “I’m about to put handcuffs on you if you don’t keep walking. Do you want to test me on this.”

Dyker suddenly grabs her arm and struggles to restrain her, the video shows. She shouts, “Let go!”

After about a minute of grappling, the two separate. Brown picks up her fallen phone and walks away from Dyker and out of the park with her dog on a leash as the two continue to argue.

CPD spokesperson Sgt. Rocco Alioto said the department did not have information available about the status of disciplinary charges involving the former officer related to the incident.

Dyker faced 24 allegations of misconduct during his tenure with CPD, data from the Invisible Institute, a police accountability advocacy group, shows. Three allegations were sustained, including one from November 2008 in which the former office was given a 20-day suspension, according to records from the now-defunct Independent Police Review Authority.

Fraternal Order of Police President John Catanzara said Dyker’s resignation was related to the scrutiny and investigations he became the focus of following the incident. He maintained that Dyker’s conduct was not inappropriate.