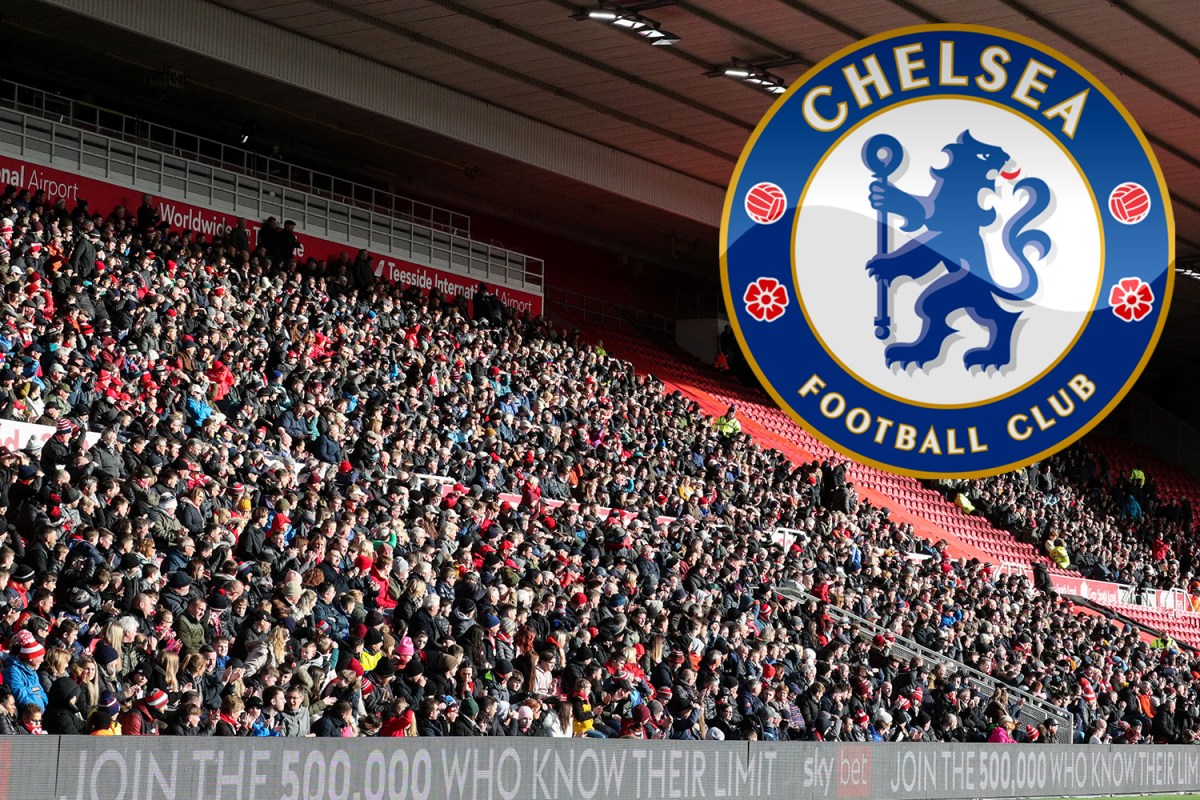 Chelsea back-pedalling on their request to play Middlesbrough behind closed doors has been compared to the club’s failed European Super League venture.

The Blues suffered a PR disaster on Tuesday after sparking a fierce backlash by asking for their clash at the Riverside Stadium on Saturday to be played without fans, in order to maintain ‘sporting integrity’.

Chelsea have been unable to sell away tickets for the fixture after owner Roman Abramovich was sanctioned by the UK government over alleged links to Russian president Vladimir Putin amid the ongoing war in Ukraine.

But the champions of Europe were unable to convince anybody that the Championship side’s home fans would give them an unfair advantage.

Middlesbrough described the request as ‘bizarre’ and ‘ironic in the extreme’, while even the Chelsea Supporters’ Trust revealed it had asked the club to reconsider.

Following talks with the FA, the Blues agreed to drop their demand – and Boro have since announced that the 3,200 seats in the away end will be sold to home fans.

But for ex-Premier League striker Darren Bent, further damage to the club’s reputation was already done.

Chelsea were one of six clubs who tried to break away and form the European Super League in April 2021, but collapsed under intense pressure from their own supporters just 24 hours later.

Comparing the two scenarios, Bent told talkSPORT: “They’ve been Super-League’d! Remember the Super League reaction was so bad that the whole thing capitulated?

“This is nowhere near the same stratosphere, but the club’s own fans have reacted, and Chelsea have thought, ‘Oh – not a good idea, this!’

“They’ve retracted it. What is going on at the top of that football club?”

He added: “If you look at the squad Chelsea have got compared to Middlesbrough. They’re in the Champions League.

“The fact they’re trying to claim a disadvantage against Middlesbrough is quite embarrassing.”

Meanwhile, talkSPORT host Andy Goldstein was left bemused with Chelsea’s actions, asking how anybody at the club thought the request was a good idea.

“Idiots. Absolute idiots,” Goldstein told talkSPORT. “There’s a club dying out for any kind of decent PR – then they go and do that.

“They look an absolute basket-case of a club even more. It’s just ridiculous.”

He added: “It’s obnoxious, it’s arrogant, it’s embarrassing. I can’t believe that when that statement was being typed up, someone didn’t go, ‘Woah! You can’t put that out’.

“More than one person at Chelsea must’ve agreed that for it to become public, it’s just nuts.”