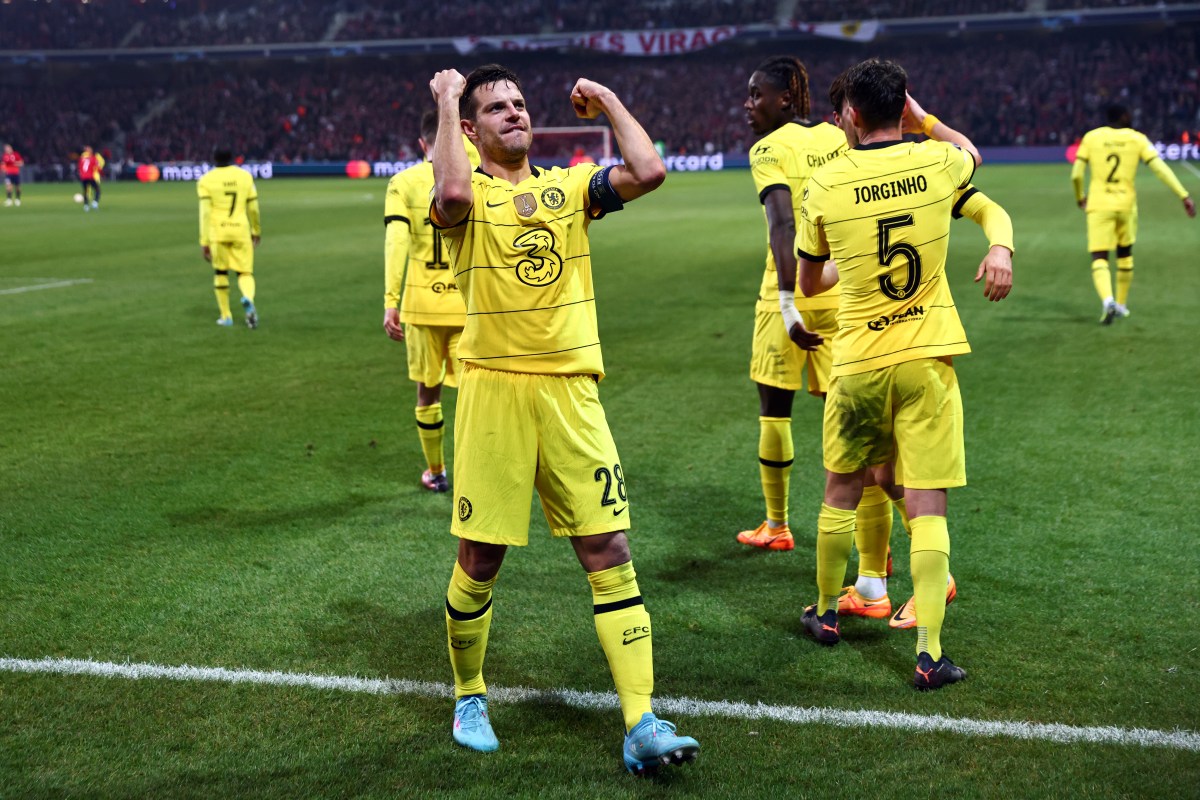 Chelsea sealed their place in the quarter-finals of the Champions League as they won 2-1 at Lille, winning the last-16 tie 4-1 on aggregate.

Chelsea have their two-goal lead back! 🙌

A stunning pass from Jorginho allows Christian Pulisic to slot the ball home just before the break 🔥#UCL pic.twitter.com/aE1LNOq1di

Lille captain Yilmaz showed no nerves blasted home a penalty to put the hosts 1-0 up on 38 minutes. The spot-kick was awarded via VAR review for a Jorginho handball.

Pulisic stole through to drag Chelsea level at 1-1 on the stroke of half-time in a crucial goal for the Blues.

The USA forward’s effort meant that they led 3-1 on aggregate, with the half-time whistle coming straight after his neat finish.

Lille pressured Chelsea as they attempted to again reduce the deficit and hit the post midway through the second half.

However, it was Thomas Tuchel’s side who scored once more to seal their place in the quarter-finals.

Captain Azpilicueta turned in Mason Mount’s cross to hand Chelsea a 2-1 lead, putting the Blues 4-1 up on aggregate.

You can decide if César Azpilicueta meant this one, but Chelsea won’t care either way 😅

Ahead on the night and 4-1 up on aggregate… #UCL pic.twitter.com/6bbdcvOBtB

The hosts’ resistance then died out and there were no further goals in the tie.

Roman Abramovich’s UK and now EU sanctions amid Russia’s invasion of Ukraine continue to bite hard for the Blues, who cannot sell any new tickets to supporters.

Now UEFA expect Chelsea will not be able to have any fans at future Champions League matches while Abramovich is the club’s owner.

Chelsea’s sale continues to move apace, and the Stamford Bridge club could even have a new owner by the Champions League’s April quarter-finals.

A new face in the owner’s seat would alleviate the threat of behind-closed-doors matches, but Tuchel was in no mood to speculate after Chelsea’s win in France.

When asked about the prospect of playing without fans, Tuchel replied: “Thanks for ruining my evening!

“I was in such a good mood, can we speak about it when it’s confirmed? Let’s wait for the confirmation of the confirmation. Let’s see, today I’m happy that we are in the last eight.

“There were a lot of things to overcome, so I’m so happy and so proud. So let’s see. It’s the first thing I hear now.

“In three days we play Middlesbrough in the FA Cup, then we have the international break, and then I’ll think about a good answer.

“The fans are outside right now and it was brilliant to be with them.”