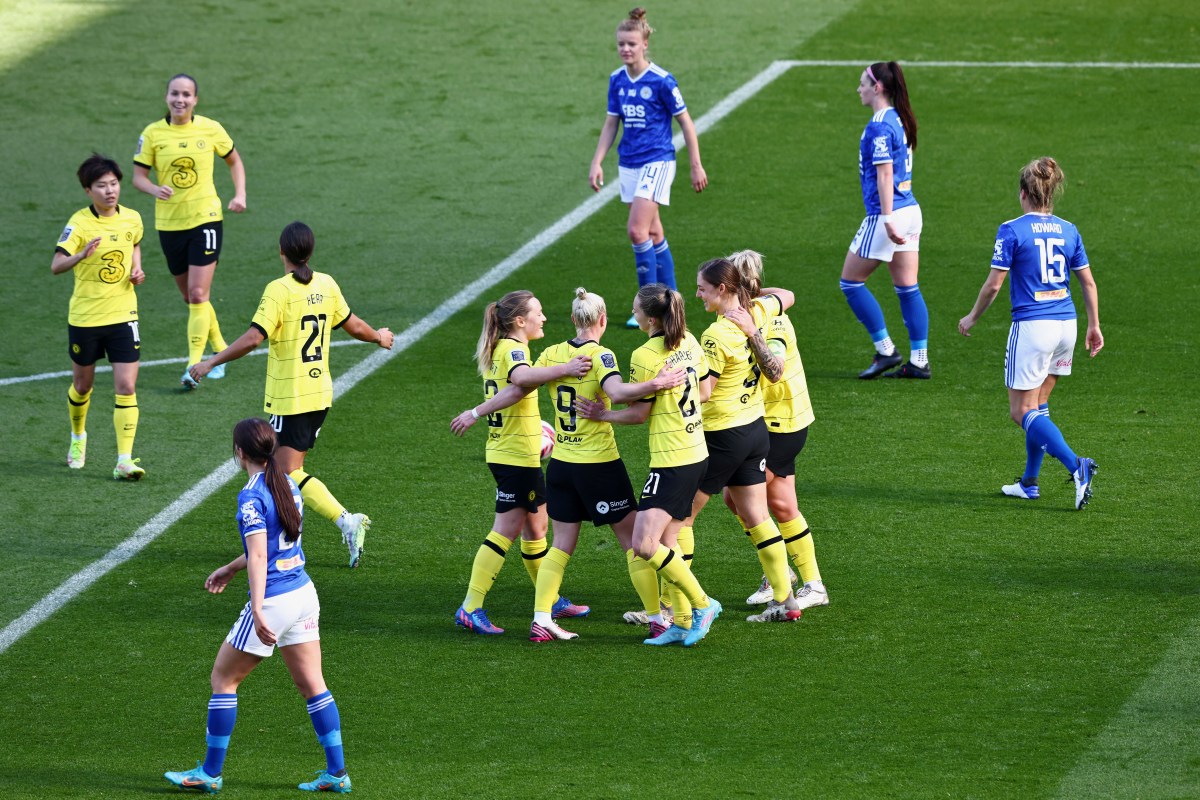 Chelsea equalled their club-record biggest win in Women’s Super League history as they handed Leicester a 9-0 humiliation at the King Power Stadium.

The Blues were merciless throughout as they also matched the record of biggest away win in WSL history, which was previously set by Liverpool. One of Chelsea’s goals was scored by Lauren James, sister of Blues men’s defender Reece James.

Guro Reiten, Sam Kerr and Beth England netted braces and the other goals came from Aniek Nouwen, Jessie Fleming and James, who opened her goalscoring account for the Blues.

The victory is significant in the title race as Chelsea have now leapfrogged Arsenal at the top of the table.

The margin of victory has also seen Emma Hayes’ side go above Arsenal on goal difference. Chelsea now boast a goal difference of +40, five better than the Gunners.

Remarkably, even though 9-0 wins doesn’t happen often, it has now occurred in successive seasons for the Blues.

They achieved the feat against Bristol City last term.

The other time a 9-0 victory happened in the WSL came in 2013 when Liverpool overpowered Doncaster Rovers Belles.

Chelsea also achieved another record in the early stages of the match.

After seven minutes, Chelsea went 3-0 up, which saw them become the first team in WSL history to score as three goals within the first 10 minutes.

“Embarrassing,” she said in relation to the scoreline, before adding: “You don’t want to see that in the WSL and they are going to have to learn from it.”