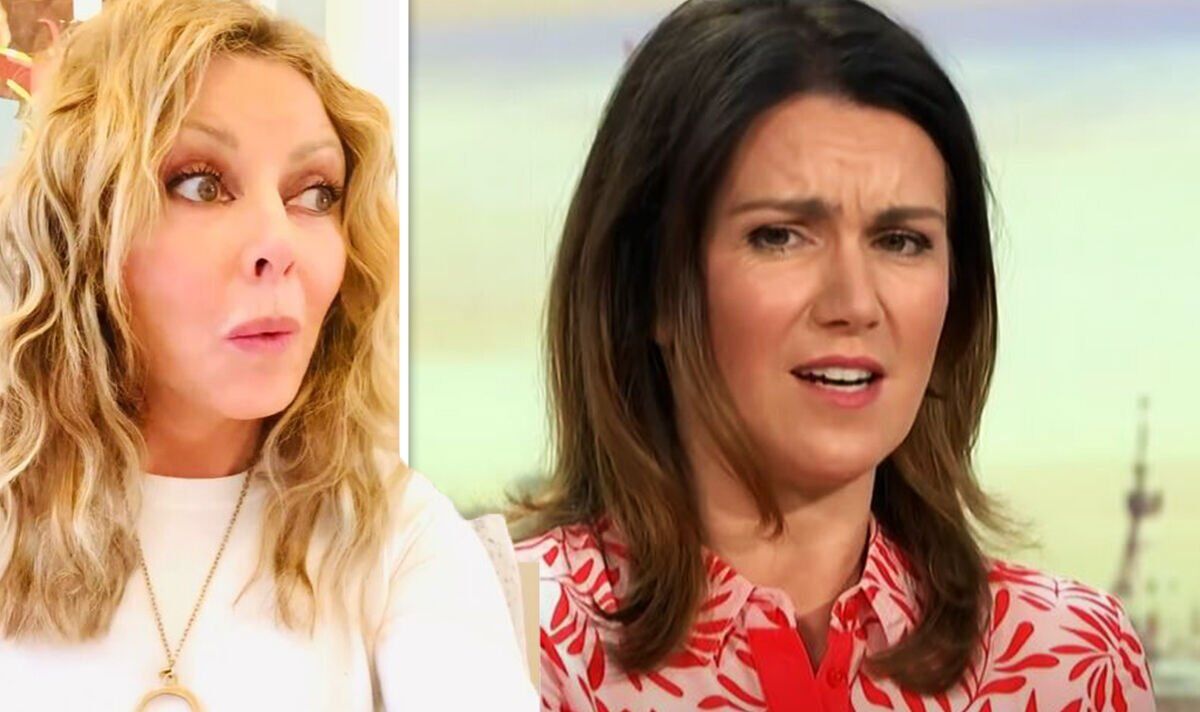 Carol Vorderman has taken to Instagram to reveal that she’s challenged Good Morning Britain presenter Susanna Reid, 51, to a “mud wrestle” over Judge Rob Rinder as she shares an update on her day. The Countdown legend, 61, shared the insight in a clip on Instagram as she recorded podcasts for the Pride of Britain Awards.

In view of her 225,000 followers, the mathematician told her fans what she’d been busy getting up to.

Appearing in front of the camera with her blonde curls in a wavy fashion, the stunning star shared her update.

Carol said: “Well, I’m happy to say I’ve had a lovely day because we’ve been recording lots of interviews for the Pride of Britain podcast that’s going on at the moment.

Reflecting on his friendship with the former BBC Breakfast presenter, Robert told how they hit it off straight away while meeting for work.

He told Express.co.uk: “It was just a random series of events, she asked me the cleverest question that I’ve ever been asked in any interview.

“Idon’t remember what the question was, but I just thought, ‘Oh, God, that’s so clever.’

“It’s like a type of, we used to call it the ring fencing type of thing.

“Like how one of my heroes at the bar might ask a witness not yet on the ropes in a cross examination,” he explained.

Rob continued: “It’s one of those things, telly is not a space for great depth or emotional authenticity, we just realised we sort of like the same things and move forward from that.”

He added that presenting with Susanna “lifts the game”, explaining that it makes it “easier” for him in his hosting role.