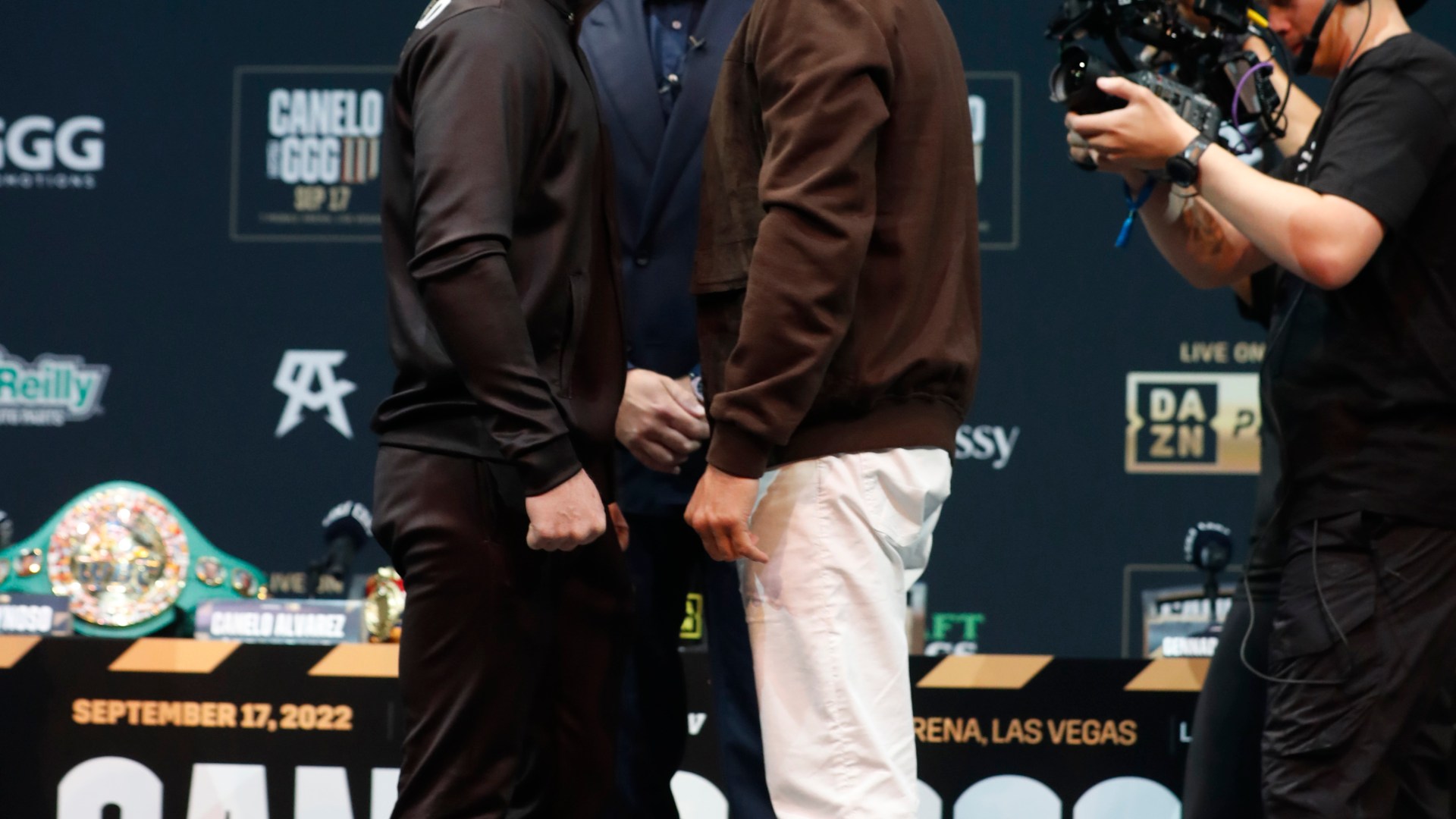 Canelo Alvarez wants to get back in the win column in style with a KO victory over Gennady Golovkin on Saturday night.

GGG is set to move up to super-middleweight to challenge his bitter rival for his undisputed WBA, WBC, IBF and WBO world titles on September 17 in a trilogy bout at the T-Mobile Arena in Las Vegas.

Back in 2017, Golovkin and Canelo shared the ring for the first time in an extremely entertaining and competitive 12-round fight that ended in a disputed draw which many felt robbed the Kazakhstani fighter of a victory.

The following year, Canelo won a narrow majority decision in their rematch but GGG has always insisted that he won both fights and now he’ll get his chance at revenge.

Since then, Canelo has won 16 fights and become the undisputed king at 168lbs but last time out he suffered a shock defeat against WBA light-heavyweight champion Dmitry Bivol.

Rather than face the Russian in an immediate rematch, the 32-year-old decided to press ahead with plans for a third fight with Golovkin who he is determined to knock out after 24 rounds of boxing.

“I’m really motivated to be here. Obviously, the [Bivol] defeat hurt but we are back on the path to greatness, and I’m really delighted to be,” Canelo said in Spanish at the pre-fight press conference.

“I feel like I work better under pressure and the pressure I’ve put on myself is to finish this inside the distance of 12 rounds. I know it’s going to be difficult but nothing in life is easy.

“I always looked to achieve what’s difficult and I’ve been really excited and motivated to try and finish this inside 12 rounds. It’s going to be difficult but that’s what I want to do on Saturday.”

The Mexican superstar’s promoter, Eddie Hearn, who is currently trying to make a fight between Tyson Fury and Anthony Joshua called Canelo vs Golovkin 3 the biggest fight in boxing right now.

“We cannot wait for this fight,” the Matchroom Sports Chairman said.

“The greatest fight in boxing today and one of the greatest undercards we have put together. This event on September 17th at the T-Mobile [Arena] is one you will not forget.”

Golovkin was coy throughout the press event and refused to make any predictions about his upcoming fight or delve into how he felt about his two previous meetings with Canelo.

The 40-year-old did however agree with Hearn about the magnitude of the fight on Saturday night that he insists he is more than prepared for.

“I think this is the biggest thing for boxing right now, the biggest gift for you, the fans. I feel very comfortable. I feel strong, guys. See you Saturday night,” Golovkin said

After all the talking was done, Canelo and Golovkin went nose-to-nose for an intense face-off and posed for pictures before going their separate ways ahead of Friday’s weigh-in.