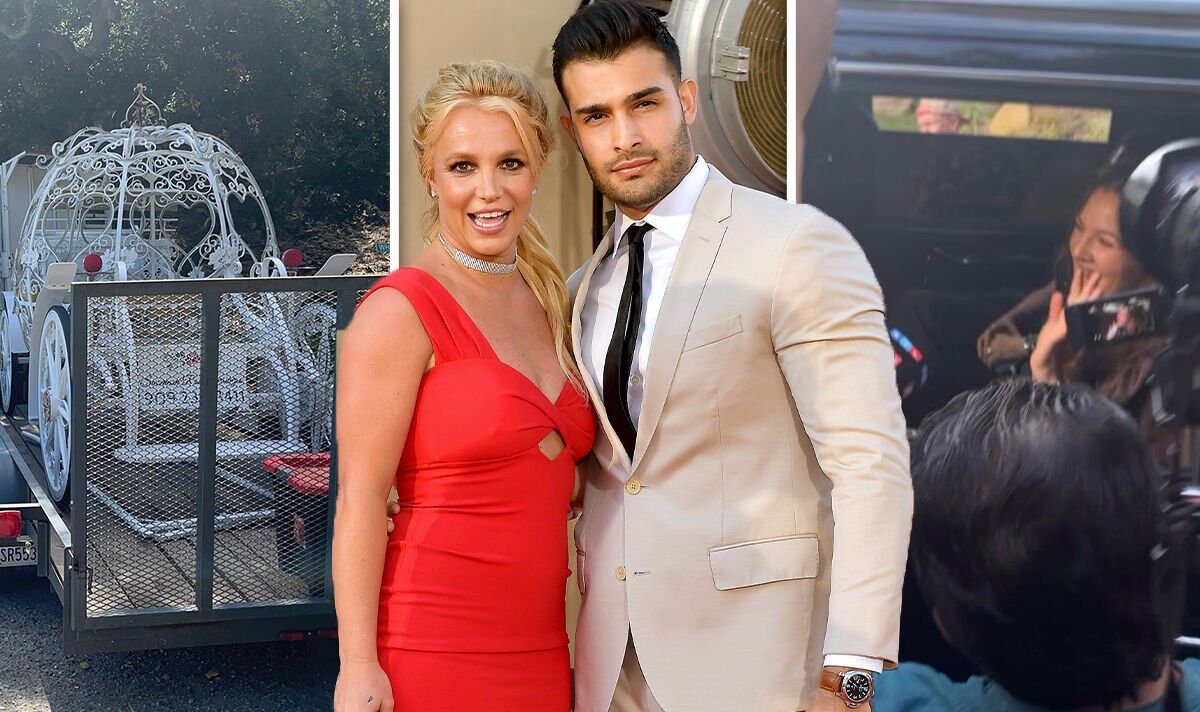 Britney Spears, 40, was joined by a string of A-listers as she married her boyfriend, Sam Asghari, 28, yesterday at her Thousand Oaks, California home. This comes less than a year after the Toxic hitmaker was freed from her conservatorship, held against her by her estranged father Jamie Spears.

Britney tied the knot yesterday evening in a “very romantic” event, according to sources.

According to a US news outlet, the hit singer was wearing a Versace off-the-shoulder dress.

Missing from the wedding was the singer’s estranged family, including Jamie Spears and her younger sister Jamie Lynn Spears.

However, her brother, Bryan, was reported to have attended the ceremony.

This comes after the pop star told the court last year that the guardianship her father held over her meant she was “not able to get married and have a baby”.

Her father Jamie had previously said the arrangement had been “necessary” for his daughter’s mental health, but agreed it was time for her to “re-take control of her life”.

Shortly before the incident, Alexander posted an Instagram story from outside her property in which he confirmed he was there to “crash” the wedding.

Britney married Jason in 2004 after being friends since childhood, however, the marriage was annulled after just 55 hours.

Britney and Sam got engaged in September last year after five years of dating.

The pair initially met on the set of her video Slumber Party back in October of 2016 and began dating shortly after.

In an interview with BBC Persian, conducted the month before her pregnancy announcement, Sam said that marriage and plans to have children “should have happened three years ago”.

He added: “When you’re in a relationship with someone that you’re truly in love with you want to recreate and that is something I want to do.

Sam also discussed how “supportive” the world was when Britney’s conservatorship struggles came to light.