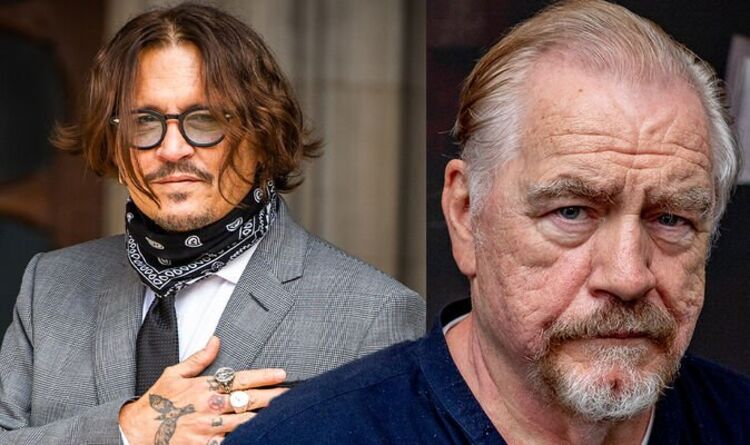 Brian Cox, 75, released a memoir last year titled Putting The Rabbit in the Hat, where he included comments about fellow actor Johnny Depp. The actor has now in a new interview admitted he was “harsh” when he called Johnny “overrated” and will be releasing a correction to his autobiography.

Brian’s memoir recounts his nearly 60-year long career working in film and television, with comments on fellow actors in the industry along the way.

The actor revealed he actually turned down the role of The Governor in the Pirates of the Caribbean franchise.

This led him to shed his thoughts on the leading actor, Johnny Depp.

He said: “Johnny Depp as Jack Sparrow show, and Depp, personable though I’m sure he is, is so overblown, so overrated.

“I mean, Edward Scissorhands. Let’s face it, if you come on with hands like that and pale, scarred-face make-up, you don’t have to do anything.

“That was what happened, and I sort of regretted it. Because I’m not like that normally; I was just being a bit glib, a bit flip.”

The host then Brian if he thought other Hollywood actors were “overrated”.

“Let’s put it this way: most of them think they’re not rated at all.”

Brian is best known for his recent role as media mogul Logan Roy in HBO’s Succession.

The series has been a huge hit, raking in dozens of awards and nominations, including The Golden Globe for Best Drama Series, and Best Television actor in a Drama Series for Brian himself.

However, Johnny’s career has been going in a slump in recent years due to his court cases with his ex-wife Amber Heard.

In these, both parties have alleged detailed instances of abuse and foul behaviour, with the US court case planned for sometime this year.