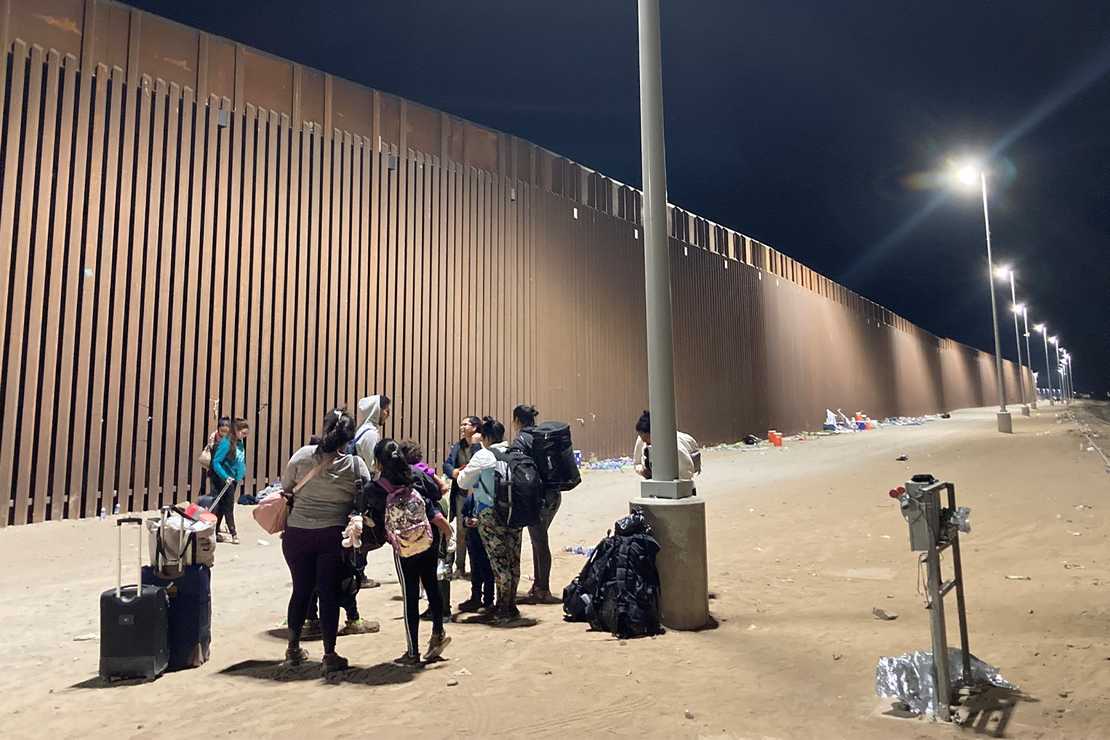 The open door that’s really a secure border policy stance of the Biden administration is as garbled as the French national electrical emergency plan. On one hand, you have our valiant red state governors, taking the human flood pouring over the southern reaches of their states, and thoughtfully redistributing them to places that have long called themselves “sanctuary cities.” Applauding the struggles of said international, illegal wanderers to reach our shores whilst denigrating and demonizing every effort by Republicans and conservatives to keep them from doing so. The “Hola, my Latinx friends” virtue signaling blue staters.

Today marks the beginning of the month-long celebration honoring the rich and diverse Latinx culture that has shaped our country and city for generations. Our theme this year, “Somos,” highlights all of the amazing contributions made by the Latinx community.

Governor Ron DeSantis of Florida made it a point to let the Biden bunch know exactly where he stood, clarifying the message he sent with yesterday’s 2 flights of migrants to Martha’s Vineyard.

In Florida, we take what is happening at the southern border seriously.

We are not a sanctuary state, and we will gladly facilitate the transport of illegal immigrants to sanctuary jurisdictions. pic.twitter.com/YeEbMzy8yG

Karen Townshend covered the migrant visitors on Kamala Harris’ doorstep this morning, courtesy of Governor Greg Abbott of Texas. The folks unloaded from buses took time to correct the Vice President and reporters’ misinformation – the border is not secure.

BREAKING: Two buses of 101 migrants mostly from Venezuela arrive outside @VP Harris house in DC sent by @GregAbbott_TX – one migrant telling me he believes the border is “open” @FoxNews pic.twitter.com/Q70utdE4k0

Mark Kelly promised officials in Yuma that he would pressure Mayorkas to secure these gaps. He lied.

Governor Ducey is to be commended for doing it himself, with state authority. BP agents I spoke with said this has helped to regain some operational control over this stretch. pic.twitter.com/aKTJw6qTpD

Bill Melugin from FoxNews has done yeoman’s work along the border, bringing video back of just unending streams of people, some crossing in groups of hundreds. As has Julio Rosas of Townhall. They and others have spent countless hours documenting the lie, and have truly been in danger at times, recording and exposing the truth.

The Biden administration and Democratic Party have opened arms, opened borders, and have opened your wallet to pay for it all. Even to the insanity of rolling back the COVID-related Title 42 protection order President Trump signed, which allowed authorities to rapidly expel illegals without a chance to request asylum. A federal judge has put a stay on the roll-back, but DHS and the White House remain, publicly, vociferous opponents of such draconian action against migrants.

PUBLICLY being the operative word.

Breaking today from Reuters, something very interesting has been going on behind the scenes. These numbers could explain why…

…U.S. border agents have made a record 1.8 million migrant arrests so far in fiscal year 2022, with many attempting to cross multiple times, creating humanitarian challenges and political liabilities for Biden ahead of the Nov. 8 midterm election.

…as could those last 2 words: midterm election. They’re using the cover of the judge’s stay to hustle as many migrants out of Dodge as quickly and quietly as they can, without riling up the sanctuary base.

U.S. Secretary of State Antony Blinken raised concerns about an escalating number of crossings by migrants from the three countries during a visit on Monday to Mexico City, two U.S. and two Mexican officials told Reuters, but Mexico did not promise any specific actions.

…But behind closed doors, some Biden officials still view expanding expulsions as a way to deter crossers, one of the U.S. officials said, even if it contradicts the Democratic Party’s more welcoming message toward migrants.

Advocates and many Democrats fiercely oppose Title 42, saying it has exposed migrants to dangerous conditions in Mexico, including kidnapping and extortion.

WOWSAHS. Expanding expulsions, vice digging heels in, waiting for the Title 42 case to shake out? There’s a twist. Now, Mexico doesn’t want to play, because the 3 countries that the WH wants them to take, well, those folks are a real pain to get back on another flight to their home countries. They don’t want to play at all. The fact that Reuters has so many sources on this story tells you that the folks working the migrant angle on the ground are pretty put out by the underhanded dealing, and are willing to talk. In fact, someone got ahold of the talking points for Mayorkas’s recent visit, and it specifies quite clearly that our government is working with NGO’s on the border and in Mexico to help with the identification of migrants to be processed under the Title 42 exemption.

Why would a NGO have input re: immigrants meeting title 42 exception?
How is it NON GOV orgs (people not subjected to scrutiny/political consequences)are always found meddling in midst of important national security issues? pic.twitter.com/Ops9CHQ6Vy

The quid pro quo for keeping the lid on this may have been settled in a meeting Mayorkas had with Soros-backed NGOs in Aug of last year, dealing with asylum seekers, that Judicial Watch just got the records on.

…The most notable record obtained by Judicial Watch includes a backgrounder for a private session Mayorkas held with open border nonprofits working with immigrants along the southwest border, some of them on the government’s payroll. Judicial Watch has reported leftist groups’ key role in the border crisis, specifically that the Biden administration is allowing them to select the illegal immigrants that enter the U.S. to request asylum. Among the 14 attendees at the Mayorkas meeting was Juanita Valdez-Cox, Executive Director of La Union del Pueblo Entero (LUPE), an affiliate of the influential National Council of La Raza (NCLR), which changed its name to a less divisive UnidosUS. LUPE’s website lists Soros’s Open Society Institute as a partner organization. Also present was Olivia Peña, an attorney and co-director with the Young Center for Immigrant Children’s Rights, which received $80,000 from the Soros Fund Charitable Foundation in 2020. The group also got $5.5 million this year from the Department of the Interior for “Child Advocate Services” and $6.7 million from the Department of Health and Human Services (HHS) last year for the care of Unaccompanied Alien Children (UAC).

I don’t know, honestly, but it’s obvious from the talking points memo, and the FOIA info, they’ve all been working together for a while. If you wanted to keep this mum for your voting base, it would make sense to wheel and deal on the ground in theater.

None of it benefits the American people in any way, shape, or form, unless they really start packing bodies on planes back to Caracas, etc. It’s just more underhanded, both sides of their mouths, Democratic skullduggery. But to see them get caught, time after time after time, saying one thing while actively doing another and denying doing either?