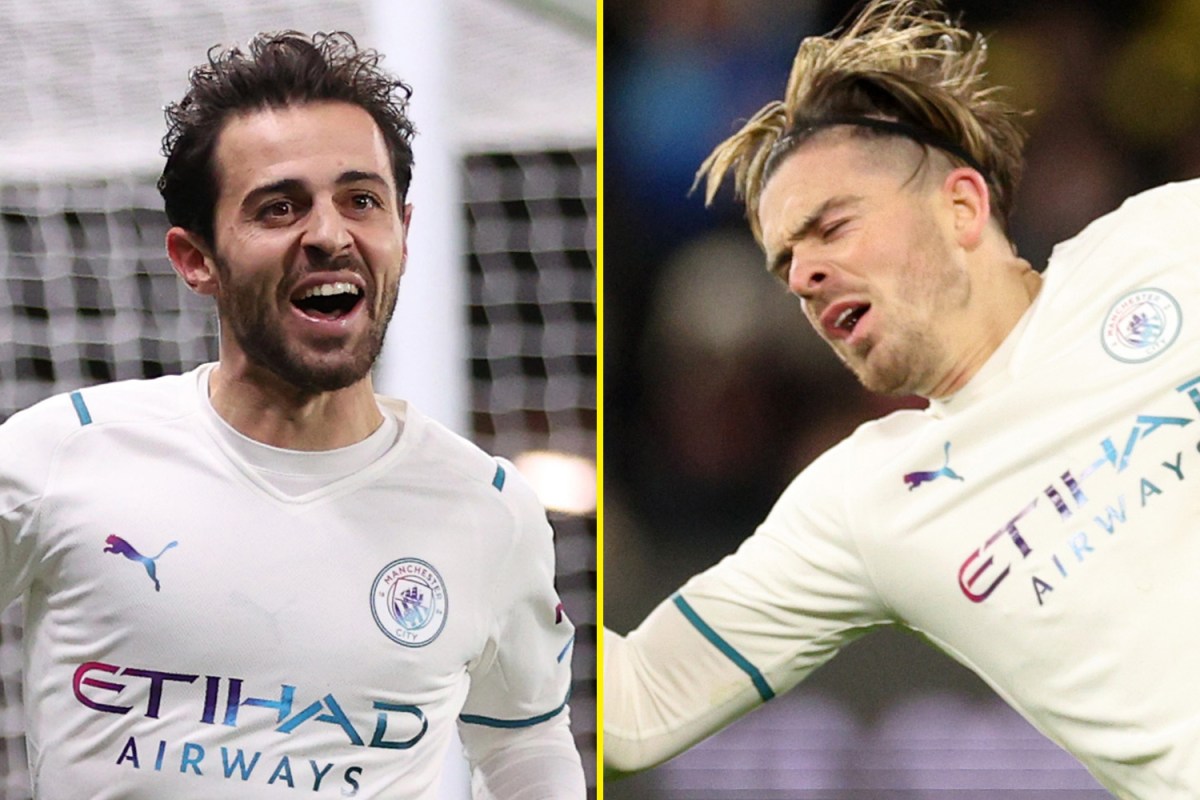 The Portuguese, labelled the Premier League’s best player on current form earlier this week, got his first when he fired in on the rebound with his right foot to put City 2-0 up.

Silva’s second and City’s third was delightful as he cut inside on the right before curling the ball far beyond Daniel Bachmann’s reach and into the top corner.

Pep Guardiola’s side, who are now top of the Premier League, went 1-0 up early on through a Raheem Sterling header. Cucho Hernandez scored a consolation goal for the hosts.

But one player who couldn’t get on the scoresheet was Jack Grealish, who was restored to the starting XI in a false nine position.

Grealish’s blank wasn’t for a lack of effort though – the England star could have had SIX goals if he had his shooting boots on.

City started with purpose at Vicarage Road, a happy hunting ground for them in recent years, with Aymeric Laporte’s header in the second minute being cleared off the line. The ball was hooked back in towards Grealish but his tentative play allowed Watford to clear the danger.

The champions didn’t have to wait much longer to get their first goal as Sterling nodded home Phil Foden’s pinpoint cross from the left.

Sterling then had a curling effort palmed away before an unmarked Grealish headed the ball straight at Bachmann. Grealish then had another chance moments later as Foden played him in but the ex-Aston Villa man could only shoot straight at the Hornets keeper.

On 21 minutes, Bachmann denied Grealish again, who then fired the ball over shortly afterwards.

But Silva showed Grealish how it was done just after the half-hour mark as he netted from an acute angle on the right after Ilkay Gundogan’s shot was saved. Foden then mishit a clear shot at goal as somehow City only went in at half time 2-0 up.

But the rampant visitors had their third on 63 minutes as Silva netted his seventh league goal of the season, twisting Danny Rose inside out on the right before guiding the ball into the top corner with his trusty left peg.

Grealish was hooked off shortly after but he managed to squeeze in one more chance – his deflected effort clipping the top of the bar with Bachmann beaten.

Hernandez put some respect on the scoreline with an acrobatic finish after his first effort came back off the post.