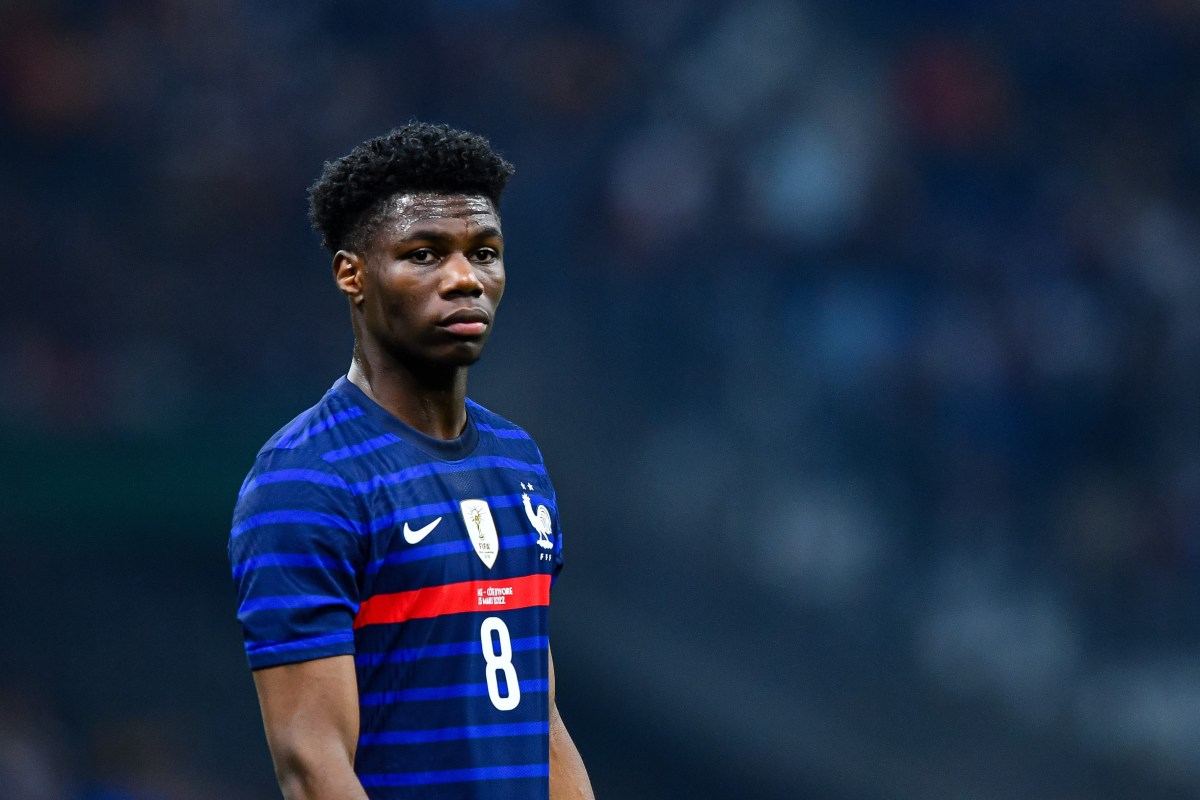 Kylian Mbappe, Bernardo Silva, James Rodriguez and Fabinho. The list of superstars that have made their name in Monaco goes on and on, and another has now been added.

Aurelien Tchouameni has been circling that status as a future great ever since he was picked up from Bordeaux in 2020, and his most recent displays have placed him firmly in that pantheon.

The 22-year-old’s most recent club display saw him completely outclass Paris Saint-Germain’s midfield in a dominant 3-0 win, and he’s quickly followed up with France.

Tchouameni bagged his first international goal in a 2-1 friendly win over Ivory Coast, doing so with a stoppage time header that gave the goalkeeper no chance.

World Cup holders France arguably possess the most squad depth of any international side, but Tchouameni’s sharp ascent may see him as a starter at Qatar 2022, despite the competition in midfield.

“Aurelien has this capacity in the aggression of his recoveries which is greater than that of Paul,” Deschamps explained.

“It’s good to have a balance. Paul is always inclined to go forward. In this system, their tandem worked.”


What happened to Lilleshall? The ‘Hogwarts’ of football attended by England’s finest

The duos’ club futures could also be intertwined, with PSG interested in both, and Manchester United one of a number of suitors for the latest French star.

European giants such as Real Madrid, Liverpool and Chelsea have also been linked, with French outlet Foot Mercato reporting an extensive list of admirers.

The definition of an all-round midfielder, Tchouameni is as comfortable breaking up play as he is at creating it, and that’s reflected in the numbers.

The Rouen-born star ranks first in Ligue 1 for interceptions with 87, while he also places in the top 10 for passes into the final third, tackles and aerial duels won.

And his display against PSG saw the ball glued to his feet against a similar but far more established player in Marco Verratti, who was dominated by the young Frenchman.

In fact, former Monaco manager Niko Kovac predicted that Tchouameni would soon be outperforming the likes of Verratti, describing him as the best midfielder in the league back in December.

“He’s a player who has made great progress,” Kovac explained. “He listens a lot to what is said to him and wants to learn and improve with each training session.

“He’s a very humble person. He uses each video session to learn more every day, to find out what was good and what was not good.

“For me, he is already the best midfielder in Ligue 1 today.”

The 2022 summer transfer window will see the face of European football completely changed, with the likes of Kylian Mbappe and Erling Haaland almost certainly on the move.

Meanwhile Barcelona and Man United are in search of major upgrades, and history could show Tchouameni being the shrewdest purchase of the lot.