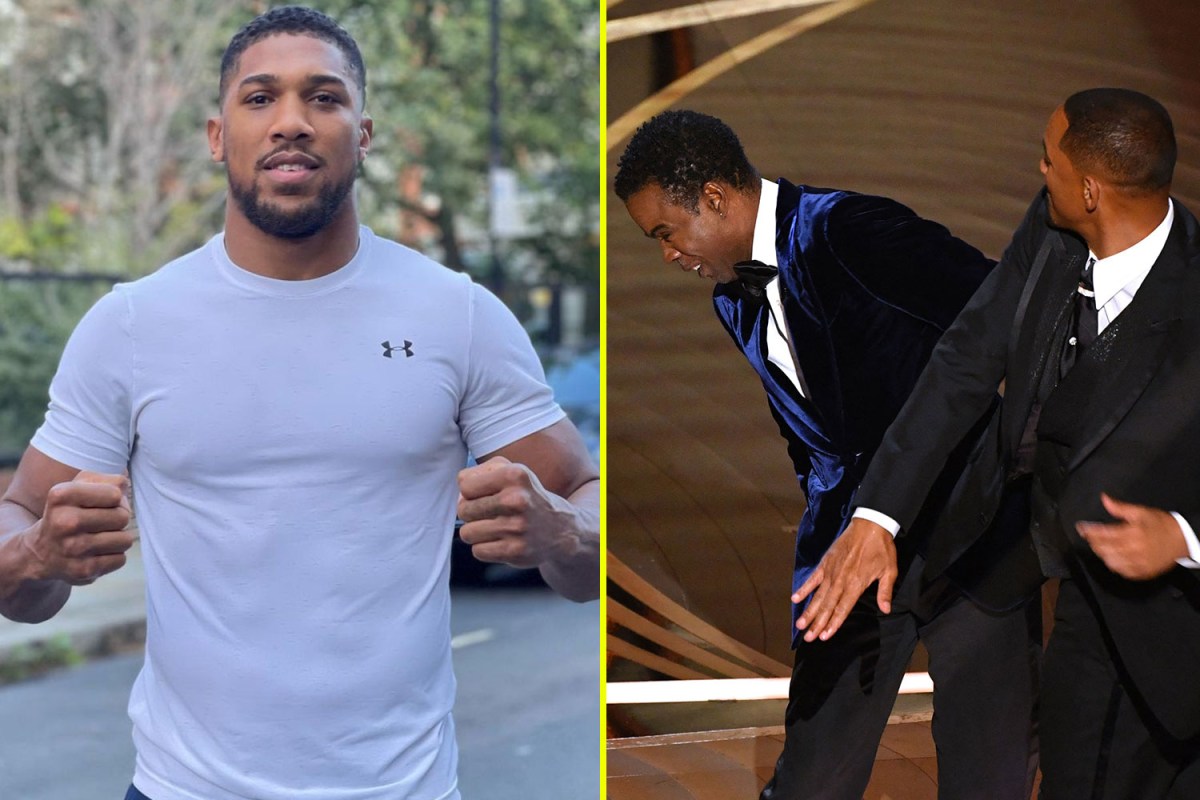 Anthony Joshua says he’s ‘proud’ of Will Smith following the actor’s slap on Chris Rock at the Oscars – but also had some fighting advice for Smith too.

Shockwaves were sent across Hollywood when Smith attacked actor and comedian Rock, who made a joke at the expense of Smith’s wife Jada Pinkett Smith.

In reference to the buzzcut of Jada, who suffers from Alopecia, Rock said: “Jada, can’t wait for GI Jane 2.”

Smith took matters into his own hands and marched on stage to confront the comedian.

He then struck Rock before returning to his seat and shouting twice: “Keep my wife’s name out of your f****** mouth.”

The 53-year-old went on to win the Oscar for best actor for his leading role in King Richard, in which he plays the father and coach of tennis stars Venus and Serena Williams.

The incident has divided many and plenty across the sporting world have chosen to react too.


Nate Diaz shows Will Smith how to slap, by doing it on UFC chief Dana White

Nate Diaz re-enacted the slap on UFC chief Dana White, while YouTuber-turned-boxer Jake Paul offered Smith and Rock the chance to go on the undercard for Paul’s prospective return to fighting in August.

It’s clear Joshua is very much on Smith’s side having posted a video of the slap on his Instagram story with Survivor’s Eye of the Tiger playing in the background.

Joshua also posted a picture of him and Smith sparring on his story, captioned: “Proud of you Bro. Next time close your fist.”