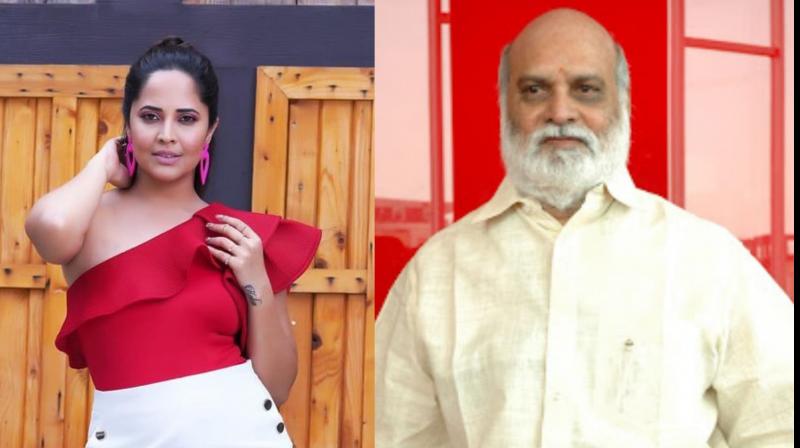 Anasuya Bharadwaj is excited about getting to work with K Raghavendra Rao, popularly known as KRR. She will be doing an important role in a comic drama bankrolled by KRR and directed by Sreedhar Saapana.

“Working with KRR Sir is one of my biggest dreams. It’s a privilege and an honour,” says Anasuya, who has already started prepping up for her part.

Anasuya, who shared a great rapport with KRR while she was hosting TV shows, reveals that she bumped into the legendary filmmaker during the success party of Pushpa. He promised me a part in his next film. I thought it was just a formality, but he did offer me a fantastic role,” she says.

KRR was keen that she sport a particular look, and also do some basic preparation for the part, the actress shares.

Meanwhile, Anasuya plays a gangster in Darja, a new one for her. “I was excited by the role, and accepted it. I underwent a makeover not only in looks and speaking style, but also in body language,” she adds.

She says she’s picky about her roles because she doesn’t want to repeat characters. Also, the actress feels roles with grey shades give her a great opportunity to explore her acting prowess. “The protagonist has to perform within the framework of the audience’s perception of a hero, but the antagonist has unlimited scope,” she says.