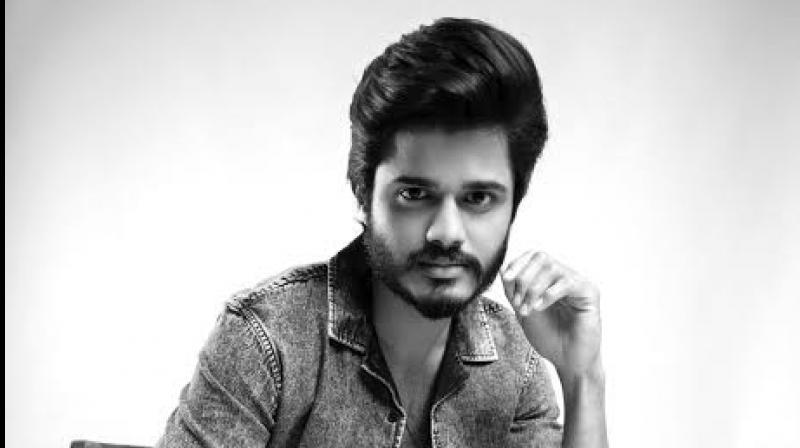 Anand Deverakonda has signed four films in a bunch – Baby, Gam Ganesh, Highway and an untitled film. And they’re all different from each other.

“I heard the scripts of most of these films during the lockdowns, with a considerable gap between each. Due to the pandemic and consequent hiatus in shooting, they are all happening together now,” he says.

Anand shares that he makes a conscious effort to pick up different subjects. While Baby is a romantic comedy, Gam Ganesh is an action comedy and Highway a road thriller.

“I am enjoying my work and am glad that I am getting the opportunity to explore different genres,” he says, adding that he also likes to work with different technicians and directors.

“We lost two years because of the pandemic, but I have been trying to remain positive and work myself back into the running,” shares Anand.

The 20-something actor is conscious that he has to capitalise on his age too.  “I need to make an effort to look my best physically,” says Anand. He reveals that he is trying to work out as much as possible. “Fitness has started to become a way of life for me; I have started doing a lot of cardio, weights and boxing. I believe it is important to stay focussed because all this is part of the job,” maintains the actor.

And when it comes to fitness, his brother Vijay Deverakonda is a great inspiration. “Yes, Vijay too, is a fitness freak; I feel very inspired whenever I see him working out and by his diet regimen. I keep saying, ‘damn this guy is incredible’. But he tells me that he loves what he is doing. I think that’s what matters most,” says Anand.

In fact, during the pandemic when it was not possible to step out, the two brothers used to work out together in the gym in their apartment, to the accompaniment of loud music.

“We also danced together, and it was always fun. I think those were the things that kept our spirits up during those tough pandemic times,” Anand says, adding that both he and his brother are die-hard sports fans.

He however, stresses that it is important to respect the body and listen to what it says.

Anand’s first hit, Middle Class Melodies, was released on OTT during the pandemic.

He however reminds us that with the theatres opening up, his films merit theatrical space. “I make sure that my films have enough fun, emotions and novelty. I am not in a rush to sign films,” he says, adding with a smile that the pandemic had changed his approach towards films for the better. “It taught me how to face different tough situations and how to promote a film,” he says, signing off.