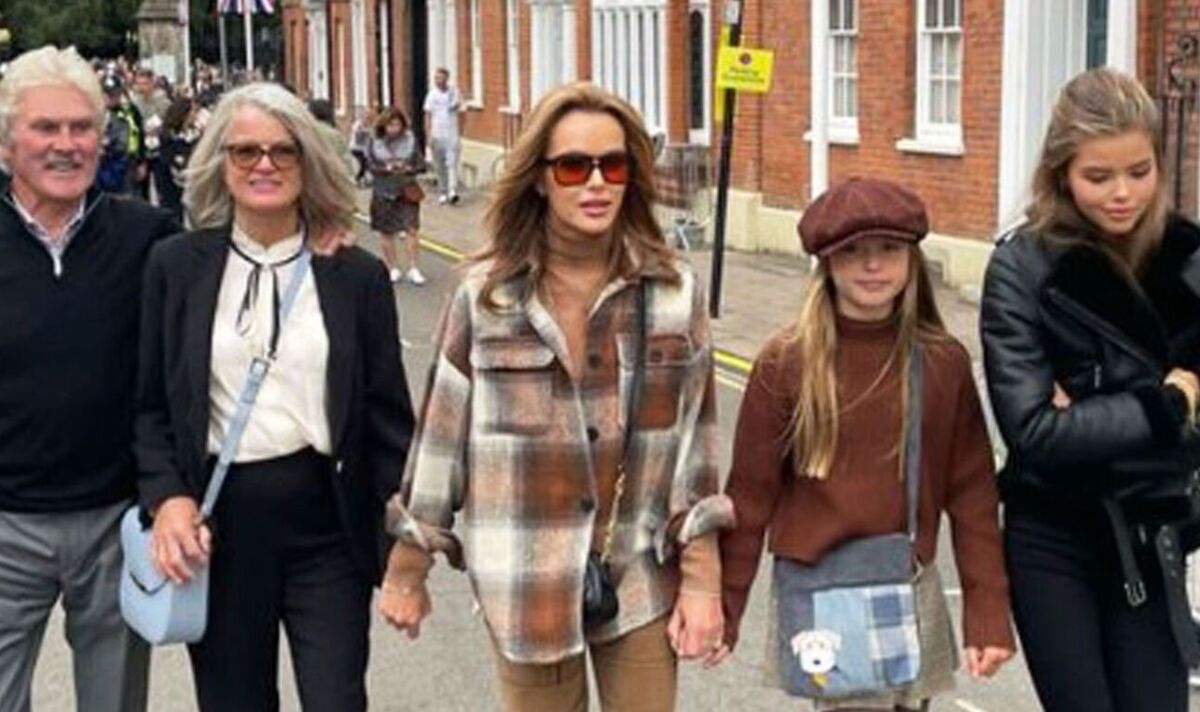 Amanda Holden gave fans an insight into her day out with family as she laid flowers for the Queen on Sunday.

The Britain’s Got Talent judge was joined by her mum Judith, stepdad and two daughters Alexa, 16, and Hollie, 10, for the occasion.

On her Instagram Story, she shared pictures of herself, daughter and mum putting down flowers outside Windsor Castle.

The 51-year-old opted for a casual look sporting beige trousers, a brown roll neck and a checked brown and white jacket.

In a rare picture with her family, she was seen holding hands with her mum and youngest daughter as they strolled in the capital.

Amanda’s day out comes after she spoke to mourners outside Westminster Hall who visited the Queen lying in state ahead of her funeral.